People living in Western Australia were warned to move to safer places due to two separate cyclones. This is due to two tropical storms. Two dangerous storms Seroja and Odette are very close to Australia. 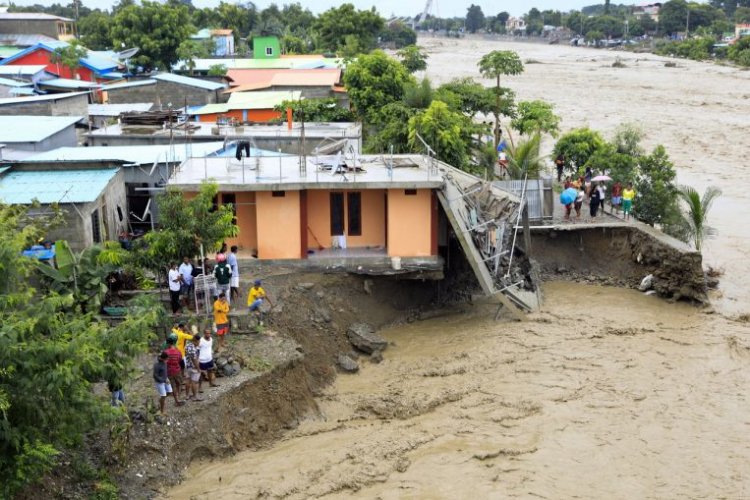 People living in Western Australia were warned to move to safer places due to two separate cyclones. This is due to two tropical storms. Two dangerous storms Seroja and Odette are very close to Australia. According to meteorologists, it is very rare and rare that two storms occur simultaneously in an area. These storms could cause severe weather conditions in parts of Western Australia later this week.

Cyclone Odette began as a tropical low pressure but turned into a cyclone by Friday morning. This is the seventh cyclone of this season in the Australian region. Cyclone Seroja is expected to reach Australia on Sunday. It is expected to become category three storm. People living within 960 miles of the coastline have been warned of destructive winds. Cyclone Saroja can carry winds at a speed of 93 mph.

Not only this, an alert has also been issued for heavy rains and floods due to Hurricane Seroja. Not only this, meteorologists also predict that Cyclone Odette will hit Australia by Saturday night, due to which strong winds will come and there is a risk of flooding due to heavy rains. Meteorologists have warned that the devastation caused by Hurricane Seroja may cause heavy havoc in South Australia. Tropical Storm Saroja has already caused heavy havoc in parts of Indonesia. Due to this, many people have lost their lives.

Covid-19 Treatment: The world on the path to making Corona medicine after vaccine,...

Covid-19 Treatment: The world on the path to making Corona...

The fourth wave of corona epidemic started in Pakistan,...

Bangladesh on its way to Sri Lanka! Petrol 51%, Diesel...