Tokyo Olympics: Deepika finishes ninth in women's archery ranking round on day one

India's Deepika Kumari finished ninth in the ranking round for women's archery on the first day of the Tokyo Olympics. Deepika will now face Karma of Bhutan in the Round of 64. In the ranking round, Deepika had once moved to the fourth position. 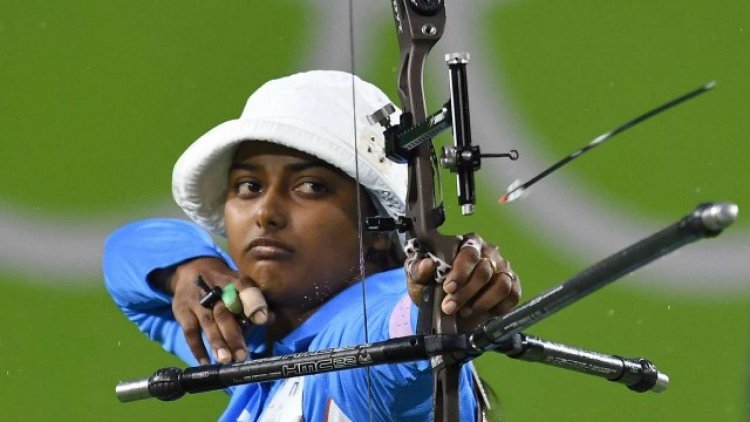 India's Deepika Kumari finished ninth in the women's archery ranking round on the first day of the Tokyo Olympics. Deepika will now face Karma of Bhutan in the Round of 64. In the ranking round, Deepika had once moved to the fourth position. But could not maintain her performance and slipped down. Dipika's arrows stayed away from her target today and she scored a total of 663 points.

Deepika scored 54 in the last set of the second half. While Japan's Yamauchi made a brilliant choice, scoring 56 points and finishing seventh with 665 runs. Korea's An San 6 in the first three places is in the first place with 80 points. While Jong is second with 677 points and Kang is third with 675 points.

Mix team of Deepika and Praveen Yadav formed, tomorrow will be the match

At the same time, the team of Deepika and Praveen Yadav has been formed for Mix Doubles. The match will be held tomorrow ie Saturday. And tomorrow only the medal will be decided. Let us inform that 16 teams are participating in Mix Double. Here, in the Archery World Championships last month, Indian female archer Deepika Kumari won three gold medals. So it is to be expected. She can win a medal.

Deepika is India's only female archer in archery competition. Deepika is participating in both mixed and singles. Apart from this her husband Atanu Das is participating in mixed doubles. This is Deepika's third Olympics. Earlier, in 2012 London Olympics, 2016 Rio Olympics, she could not perform according to her reputation. Let us tell you that Deepika is currently at the first place in the world women's archery. And this time it is expected that she will be able to end the medal drought in the Olympics. Three daughters of Jharkhand are participating in Tokyo Olympics.

Health Risks: Sitting for a long time works, so be careful! These can be serious...

A profession is pride, but passion is first Love!!" - Dr Shreeja Singh Chandel

In Haryana including Gurugram and Faridabad, there will...