Bengal Assembly by-elections: BJP released the names of candidates; Priyanka Tibrewal got a chance in front of Mamta Banerjee

In West Bengal, the BJP has announced candidates for the assembly by-polls to be held later this month. The names approved by the BJP Central Election Committee include Milan Ghosh from Samserganj, Sujit Das from Jangipur. Moreover, the BJP has given Priyanka Tibrewal a chance from the Bhavanipur seat from which CM Mamta Banerjee has announced to contest.

Who is Priyanka Tibrewal?
Priyanka Tibrewal has been a legal adviser to BJP leader Babul Supriyo, who joined the BJP in August 2014 only after Supriyo's advice. In 2015, he contested the Kolkata Municipal Council election from Ward No. 58 (Antley) as a BJP candidate but lost to Swapan Samdar of Trinamool Congress.

During his six-year tenure in the BJP, he handled several important tasks and in August 2020, he was made vice-president of Bharatiya Janata Yuva Morcha (BJYM) in West Bengal. This year he contested the assembly elections from Antley but lost to TMC's Swarna Kamal Saha by a margin of 58,257 votes.

Law degree obtained from Calcutta University
Tibrewal was born on July 7, 1981, in Kolkata. He completed his schooling at The Welland Goldsmith School and graduated from Delhi University. After that, she received a law degree from Hazra Law College under Calcutta University in 2007. She has also done an MBA from Thailand Guess University.

What did Tibrewal say about his candidature?

Talking to a private channel recently, Tibrewal said, "The party has consulted me and asked my opinion whether I want to contest from Bhavanipur or not. There are many names and I don't know who the candidate will be right now. I want to thank my senior party leaders for supporting me over the years. It is very important for Mamta to win the Bhavanipur seat.

West Bengal Chief Minister Mamta Banerjee contested this year's assembly elections from Nandigram instead of her traditional seat Bhavanipur. However, in Nandigram, considered to be the stronghold of the Adhikari family, Mamta had to face defeat against BJP leader Suvendu Adhikari. Mamta now has a big challenge to contest from the Bhavanipur seat and continue as CM.

Now Taliban's new decree: What is the work of women in the cabinet, they should...

FIR Against Yuvraj Singh, Caste comment was made on Yuzvendra... 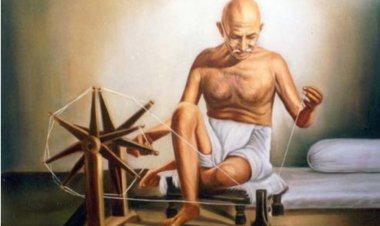