Bigg Boss 14: Nikki Tamboli gets 6 lakh offer, will the show leave before Finale with money?

The 'Big Boss' finale now has just a few days left, all the five contestants in the house are working hard to get the Bigg Boss trophy. Before that, Bigg Boss has made an offer to the first finalist of the house, Nikki Tamboli. 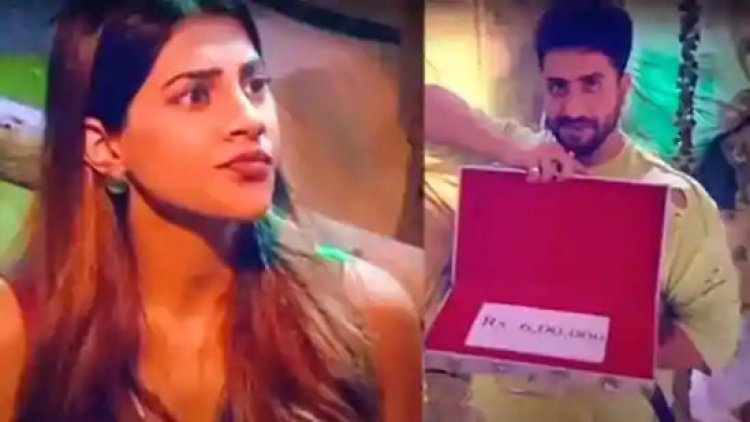 There are just a few days left in the 'Big Boss' finale, the five contestants remaining in the house are working hard to get the Big Boss trophy. Before that, Bigg Boss has made an offer to the first finalist of the house, Nikki Tamboli, and has placed a deal in front of them. In this deal, 'Bigg Boss' has offered Nikki 6 lakh rupees, but if Nikki takes this amount then she will have to leave the show.

Colors has shared a promo of today's episode on his Instagram in which Ali Goni is seen reading a letter. Ali reads the letter saying, 'Nikki accept 6 lakh rupees and leave the show and go away'. Rakhi says '6 lakh is a huge amount' after reading Big Boss's letter. After this, Nikki says, 'For me it is also very important'. After this, Nikki is looking excited by looking at the 6 lakh rupees suitcases. However, it is not shown in the video that you will have to watch the episode to know whether Nikki took the money or not.

Let us tell you that Rahul Vaidya, Rubina Dilac, Rakhi Sawant, Nikki Tamboli and Ali Goni are the 5 finalists of Bigg Boss. Devoleena Bhattacharjee was homeless from her home this weekend. Devoleena Bhattacharjee came on the show as a proxy for Ejaz Khan. Therefore, with Devolina out of the house, Ejaz's journey also ended in the show. Before him, Abhinav Shukla had aviction in Mid Week. Bigg Boss, which started on 3 October 2020, is now going to end in just a few days. Talking about the finale, the finale of 'Bigg Boss 14' will be on 21 February.

After watching The Kashmir Files, the woman started crying...