Bigg Boss 15: Salman Khan made this contestant out of the house, family members and fans were left shocked

Salman Khan has wrapped up the shooting of Weekend Ka Vaar episode in Filmcity, Mumbai. And with this, the name of one member has also come to the fore, whose decision was to be taken by Salman Khan when he was evicted. 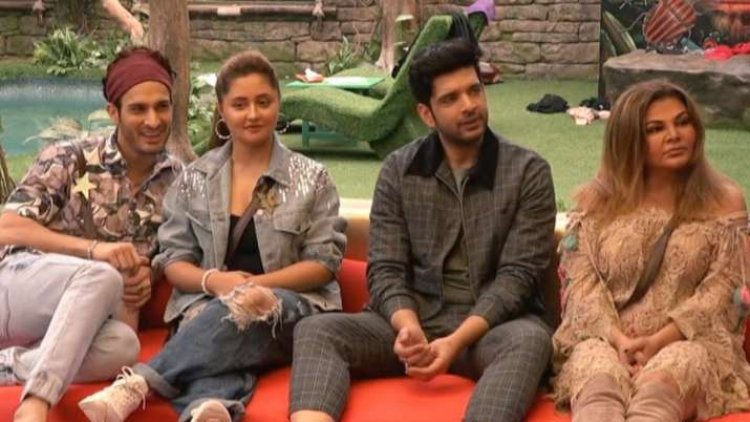 Today's 'Weekend Ka War' of 'Bigg Boss 15' will be special in many ways. Many celebs are going to enter the house this week. Also there is a member who has been shown the way out of the house just before the finale. This is quite shocking, but the makers of the show and Salman Khan have taken this decision together. People got the news about this eviction from social media when tweets started pouring in.

This contestant is out

Actually, Salman Khan has completed the shooting of Weekend Ka Vaar episode in Filmcity, Mumbai. And with this, the name of one member has also come to the fore, whose decision was to be taken by Salman Khan when he was evicted. The makers of Salman Khan together decided that there is no place for violence in the house and the repeater cannot be forgiven.

So in this way Umar Riaz, who raised his hand on Prateek Sahajpal uncontrollably in the 'Ticket to Finale' task, has been thrown out of the show. People came to know about this when his brother Asim Riaz posted on social media. It happened that even after fighting with Prateek, Umar was not thrown out of the house, but it was said that Salman Khan will take the decision on your name in Weekend Ka Vaar.

If the news going on in the media is to be believed, then Salman Khan has fiercely classed Umar Riaz in front of everyone. Salman has clearly told Umar Riaz that it is not necessary to do all this during the task. Although the fans of Umar Riaz supported him and requested the makers not to take any wrong decision a few days before the finale. Umar's brother Asim Riaz and father had also demanded from the makers that the right decision should be taken regarding them. With this, #BBBeFairWithUmar was trending a lot on Twitter.

But all this did not work, Salman and the makers believe that Umar has lost his temper in the past and has been forgiven, but not anymore. Asim Riaz tweeted for his brother...

Himanshi organized a class of makers

They do what they wana do .... votes krwao or fir nikal do .... or bash kar karke mental health bhi khraab kar do ..... well played umar @realumarriaz

Asim Riaz did not say much but his girlfriend Himanshi Khurana reprimanded the makers of Bigg Boss. He wrote, "They do what they want to do... Vote or leave.... Or spoil your mental health by doing bash..... Well played Omar

America: Children of 12 to 15 years will get booster dose, FDA approved - Biden