Actress Vidya Balan is Siddharth's third wife. Before Vidya, Siddharth married his childhood friend Aarti Bajaj. However, this marriage did not last long and both of them divorced each other. 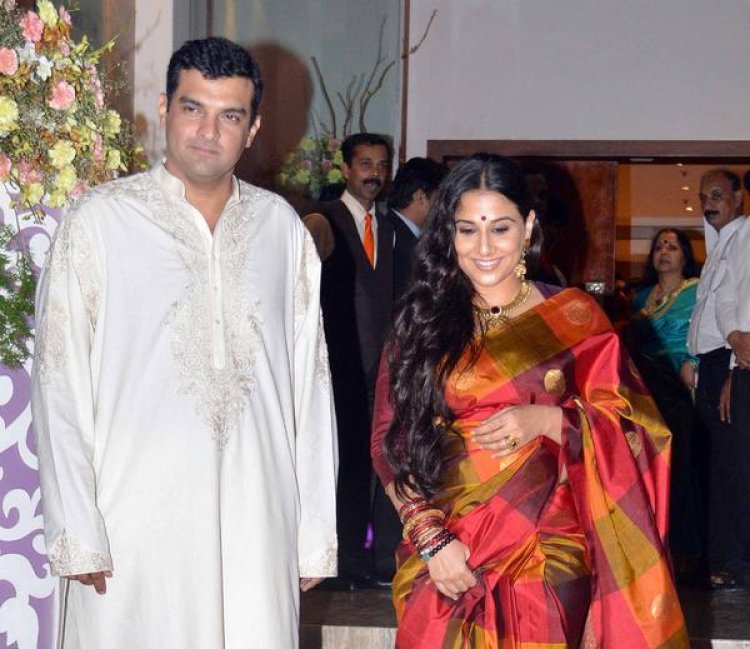 Disney India's ex-managing director Siddharth Roy Kapur has marked himself with films like 2019's 'The Sky Is Pink' and 2020's Netflix feature 'Yeh Belle'. Established as one of the most sought-after Independent Producers of Today is the birthday of Siddharth Roy Kapur, who was the director and vice-president of many TV channels. Although everyone knows about Siddharth's films and his career, but today we will talk about his love life.

Siddharth Roy Kapur is not only recognized as a producer in the film industry, but he is also recognized as the husband of Vidya Balan. Actress Vidya Balan is Siddharth's third wife. Before Vidya, Siddharth married his childhood friend Aarti Bajaj. However, this marriage did not last long and both of them divorced each other. After Aarti Bajaj, Siddharth married TV producer Kavita. However, this marriage also did not work out and in the year 2011, Kavita and Siddharth got divorced and separated.

Due to Karan Johar, the closeness between the two increased

Siddharth was emerging from the grief of both his divorces that he met Vidya Balan. Siddharth first saw Vidya Balan in front of him backstage during an award function of Filmfare. Here the conversation between the two was limited to only hi and hello. Vidya works in front of the camera and Siddharth behind the camera, but still both feel very connected to each other.

After this meeting, the first step to bring Vidya and Siddharth closer was Karan Johar. Karan Johar was a common friend of both. Because of this, he knew both of them very well. According to online media reports, Karan saw a flame of love burning inside Vidya and Siddharth, after which he fixed the first date of both. In that first meeting, Vidya and Siddharth became good friends and then their romantic love story started. Both kept their relationship hidden for a long time, but the news of their relationship had spread in the media and Bollywood corridors.

Both were often spotted together in many places. When the news started flying high, in May 2012, Vidya broke her silence on her and Siddharth's relationship and told that she is dating Siddharth. Seven months later, i.e. in December 2012, Siddharth and Vidya got married. In an interview, Vidya had told that she was first proposed by Siddharth. When Siddharth proposed her, she could not believe it initially. Not only this, Siddharth was so excited that he could not even wait for Vidya Balan to reply after proposing. At present, Siddharth and Vidya have been married for 8 years and both are very happy together.

Tokyo Olympic 2020: After the victory of the hockey team, tears spilled from the...

Do you know what are the best benefits of eating dark chocolate?