Did Janhvi Kapoor's friendship with Kartik Aaryan make the actor heavy? This led to the exit of 'Dostana 2'

The friendship between Kartik Aaryan and Janhvi Kapoor ended in January. In such a situation, Kartthik was going to be difficult to work with Janhvi. 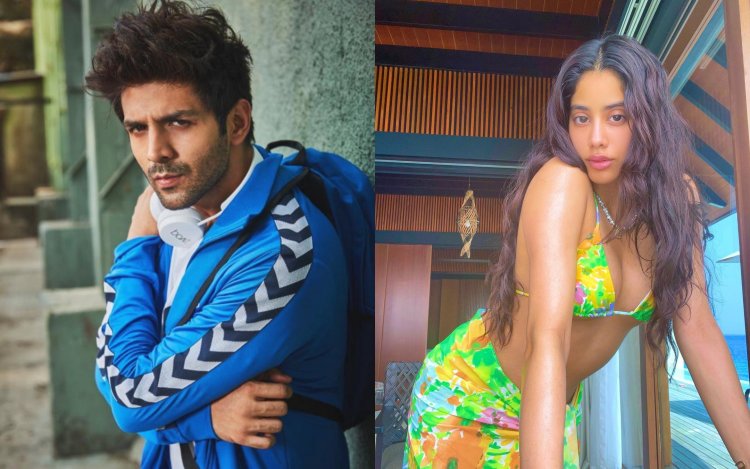 Bollywood actor Kartik Aaryan is making headlines these days. Karthik has left two films since his exit from Dostana 2. Janhvi Kapoor was to appear in the lead role alongside Kartik in the film. Up to 60 percent of the film was shot and crores of rupees were spent on the film, after which Karan has shown Kartik the way out of the film. According to reports, Kartik did not want to work in this film after a fight with Janhvi Kapoor.

According to the ETimes report, Kartik Aryan and Janhvi Kapoor's friendship ended in January. In such a situation, Kartik was going to be difficult to work with Janhvi. He was repeatedly trying to change the date of the film. Due to which the shoot was delayed. According to sources, Kartik was getting upset due to the fight with Janhvi that one day he had asked the director Kulin to make something else instead of Dostana 2. Jahnavi had stopped talking to Kartik at all.

The director was shocked by Kartik's talk and he went to Karan Johar and told him that Kartik wanted to change the film. According to the report, Kartik later told the team of Dostana 2 that he was ready to work but on the same condition if Janhvi would be dropped from the film. Kartik was also ready to adjust the fees of Dostana 2 if Karan makes another film.

After a time, Karan Johar had to take a decision. To save this situation from getting spoiled, he decided to drop Kartik out of the film so that the troubles do not increase further. But to replace Kartik from the film is going to be huge for Karan Johar as the budget of the film will increase.

According to reports, Karan Johar is talking to many stars including Vicky Kaushal, Rajkumar Rao, Akshay Kumar for the film. Now, the announcement of who will replace Kartik in Dostana 2 will soon be done by Karan Johar. Fans are eagerly waiting to know about Dostana 2's Starcast.

A travel ban was imposed on India, Australia surrounded in its own country, now...