Farmer's Protest The farmers' agitation against the three agricultural laws has been going on for more than 6 months. It has been announced by the farmers that on June 26, all the Raj Bhavan of the country will protest outside. Black flags will also be shown during this time. 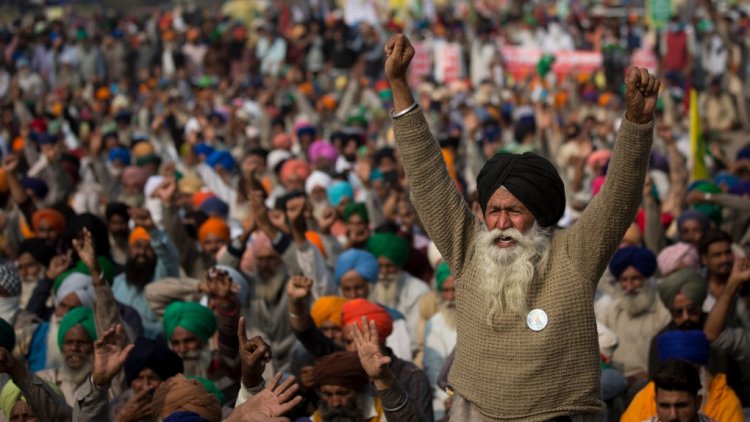 On June 26, on the completion of seven months of the movement, the farmers will give a memorandum to the President by demonstrating at the Raj Bhavan. Farmers will not even take any kind of permission for this. The United Kisan Morcha has announced that they will show black flags during their protest on June 26 and will also submit a memorandum related to their demands to President Ram Nath Kovind.

Save Farming - Save Democracy Day will be celebrated on 26 June. Under this, a demonstration will be held at the Raj Bhavan of the state and a memorandum will be given to the President. Farmer leader Inderjit Singh has said in a press conference that the day will be celebrated as 'Save Agriculture, Save Democracy Day'. Inderjit Singh said that 'we will protest by showing black flag near Raj Bhavan and will give our memorandum to the President.

Why was the date of 26 June chosen?

26 June is the day when emergency was imposed in the country on this day in the year 1975. On this day our performance will also be seven months. Farmers say that apart from farmers, because of this dictatorship, the democratic rights of citizens are also being attacked. This is an undeclared emergency.

Farmers protesting against Centre's agriculture laws have been agitating for more than six months. Many people have camped on the borders of the national capital. Despite several rounds of talks between the Center and farmer leaders last year, the standoff remains. Farmers have been protesting against three new agricultural laws at various borders of the national capital since November 26.

America did not approve Bharat Biotech's vaccine, know how the government reacted...