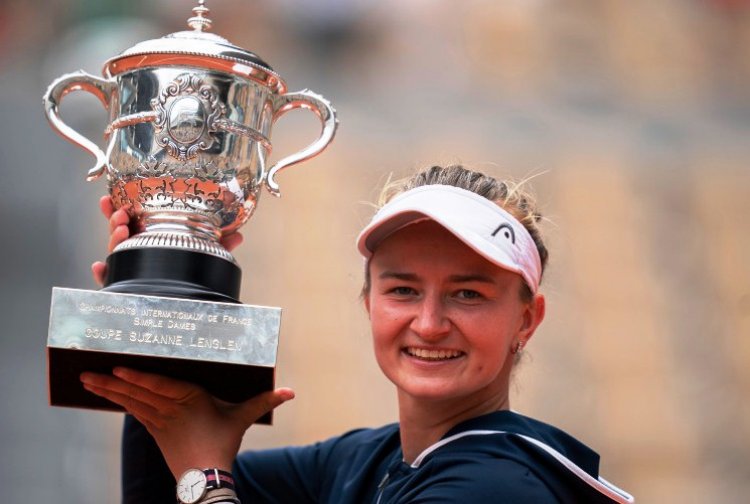 A day after winning her maiden singles Grand Slam title at the French Open, Barbora Krejkikova also won the doubles trophy on Sunday. With this, she became the first female player since Marie Pearce in 2000 to win singles and doubles titles at Roland Garros. Czech Krejcikova teamed up with compatriot Katarina Siniakova to beat Poland's Inga Swiatek and Bethanie Mattek-Sands of the United States 6-4 6-2 in the women's doubles final. this is wonderful. Very nice like last day. I had a lot of fun I am feeling very relieved. I feel really good on this court. So thanks a lot. - Barbora Krejcikova

This is Barbora and Sinnikova's third doubles title together. He also won the Wimbledon title in the same year after winning this trophy in 2018. At the same time, Serena is the first player after Williams (2016, Wimbledon) to win a doubles title at a Grand Slam.

Became the world's number one player

With this title, Barbora became the world's number one player in doubles. She will officially rise to the top of the latest WTA rankings to be released on Monday. She will also reach a career-best ranking of 15th in singles.

Nichols-Pierre pair was the winner

France's Nicolas Mahut and Pierre Hughes won the men's doubles title for the second time. Mahut and Herbert defeated Kazakhstan's Aleksandr Bublik and Andrey Golubev 4-6, 7-6, 6-4 in a three-set match. This is their fifth Grand Slam title together.

Netanyahu era in Israel is over: Naftali Bennett becomes new PM, for the first time...