After sharing the photo, Geeta Basra wrote that it is coming in July 2021. Apart from Harbhajan Singh, his daughter Hinaya Heer Plaha and Geeta Basra are also seen in this photo. Hinaya has been holding a T-shirt. In which it is written that soon I will become elder sister. 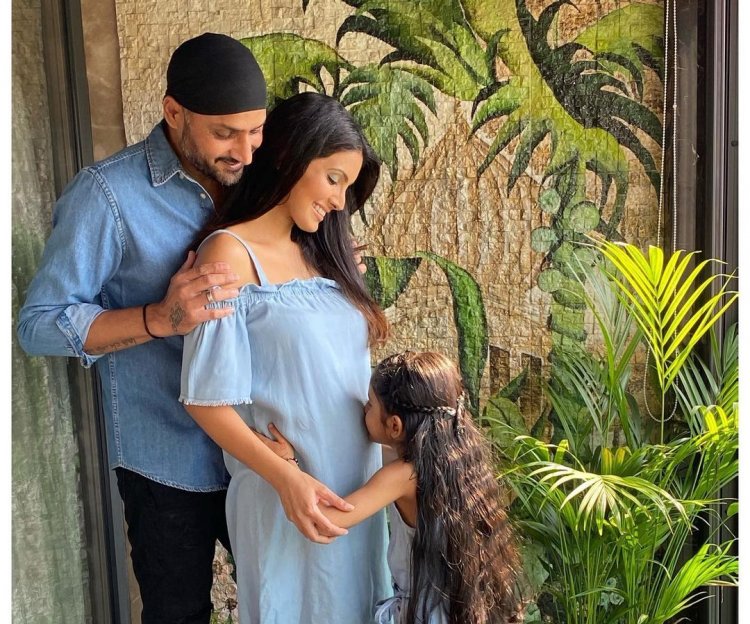 Sharing the photo, Geeta Basra wrote, 'Coming in July 2021'. Apart from Harbhajan Singh, his daughter Hinaya Heer Plaha and Geeta Basra are also seen in this photo. Hinaya is holding a T-shirt which reads, ' Soon I will become elder sister. After this, there was an influx of those who congratulated her on social media. Film actress Neha Dhupia and cricketer Suresh Raina have also congratulated both of them.

Geeta Basra and Harbhajan Singh married in 2015 and Geeta gave birth to a daughter Hinaya in 2016. She was born in London. Geeta Basra is also one of the actresses who has married a cricketer. Before that Anushka Sharma and Virat Kohli got married in 2017. In an interview, Geeta Basra had said about her husband's performance, 'Those who are crazy about this game, they need a sacrificial goat on whom they can blame for the bad game. Cricketer's wives and girlfriends are easy targets, but whenever they play well, they don't give us credit for it.

Geeta Basra went on to say, 'Being negative is easier than being positive. People like to talk negative things, while they should keep in mind that we wives are going to play for them, not their team or training. But Geeta Basra worked in the 2006 film Dil Diya and The Train.

Tandav Row: Relief to Content Head of Amazon Prime from...