Success Story of IAS Rakesh Sharma: Many success stories not only attract you, but also fill you with passion from within. One such story is that of the visually impaired IAS Rakesh Sharma, who passed the UPSC in the first attempt. 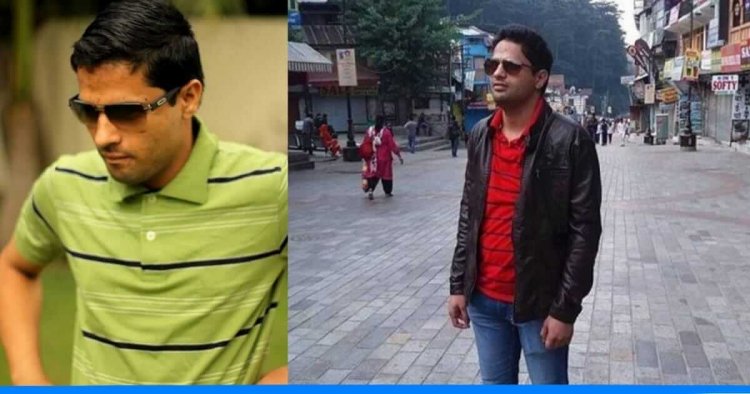 Success Story of IAS Rakesh Sharma: Many success stories not only attract you, but also fill you with passion from within. One such story is that of the visually impaired IAS Rakesh Sharma, who passed the UPSC in the first attempt, not only to bring name and fame to his family, but also showed that those who work hard are never lost. Seeing Rakesh, people even suggested his family to leave him in an orphanage. But the family gave him full support, without considering what others said  and helped him to reach his goal. Let's know the story of this man who came out of a small village in Haryana ..

Rakesh hails from Savand, a small village located in Bhiwani district of Haryana. At the age of two, he lost his eyesight. But family's patience and confidence always remained firm. Along with the family, Rakesh also never gave up.The family brought him up like a normal child and always encouraged him. Rakesh lost his eyes due to the reaction of medicine.Treatment was also done. But to no avail, he had lost his vision.

Due to his incapability ,Rakesh did not get admission in normal school . After which he did his studies in special school. Rakesh enrolled in Delhi University after passing Twelfth Special School. From where his confidence was greatly strengthened. He says that with the activities of Delhi University and the encouragement of teachers and colleagues, he not only became aware of all aspects of life, but also the desire to do something big was embedded within him.

He was very smart since his childhood. After completing his BA from Delhi University and Masters in Social Work, he decided to serve the country by becoming an IAS. He dreamed of becoming an IAS for the change in society which was fulfilled. Due to his hard work, he became an IAS by securing 608 rank in the first attempt. Rakesh says that it is due to the kindness of parents that he has reached here. He also got the full support of the teachers. The hard work of day and night brought success in UPSC.

The teacher from Haryana started beekeeping with his wife; Earning 40 lakh rupees...

The story of actor and Influencer Diljaan Sayyed