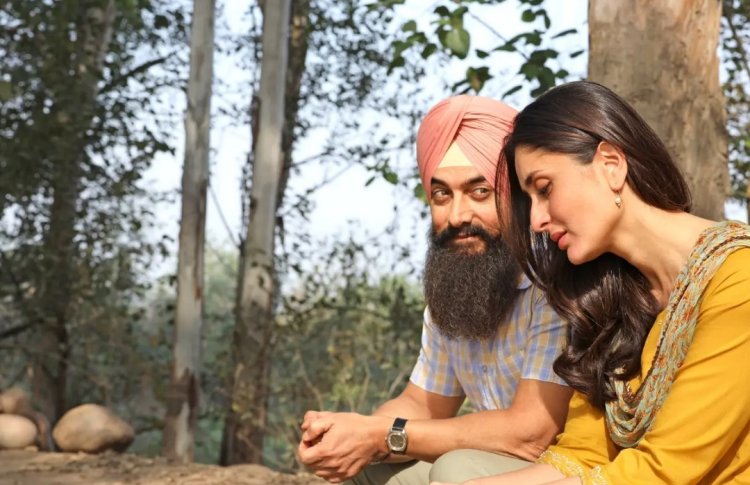 Aamir Khan-starrer 'Lal Singh Chaddha' is slated to release in cinemas on August 11, 2022. The film also featured Kareena Kapoor Khan and Mona Singh in lead roles. The film was a complete flop at the Indian box office. The film could not even earn half of its cost. The boycott trend and bad reviews on social media drowned its loot at the ticket window. People did not even turn to cinemas to see 'Lal Singh Chaddha'. Viewers are waiting for its OTT release by not visiting the movie hall. Now there is good news for such people. OTT release date of Laal Singh Chaddi is out.

A few days ago there was news that Aamir Khan wants to bring 'Lal Singh Chaddha' on OTT after 6 months of cinema release. However, due to poor performance, the makers decided to release it soon. According to India Today report, now Laal Singh Chaddha will be available on Netflix on October 20, 2022. The makers have followed a waiting period of 2 months. With this, it has become clear that despite all the controversies, Aamir Khan has confirmed the deal with Netflix.

Let us inform that earlier there was news that Aamir Khan was asking for 150 crores from Netflix for the release of his film 'Lal Singh Chaddha'. Netflix offered him between 80 to 90 crores but Aamir Khan was not agreeing. Let us tell you that the official remake of Hollywood film Forrest Gump, this film has earned close to 60 crores at the domestic box office. From the very next day of release, theater owners had to cancel its shows due to lack of audience at many places.

Miserably flopped at the box office

After the failure of 'Lal Singh Chaddha', filmmaker Prakash Jha recently told the bad story as the reason for its flop. In an interview, he said that- 'They should accept that they are making rubbish films. If the story is good then the audience will go to watch the film themselves. Along with this, director of The Kashmir Files Vivek Agnihotri also blamed Aamir Khan for the flop of 'Lal Singh Chaddha'.

Radhe: Your Most Wanted Bhai: Over 42 lakh people watch...

Varun Dhawan expressed his desire to work with Alia Bha...