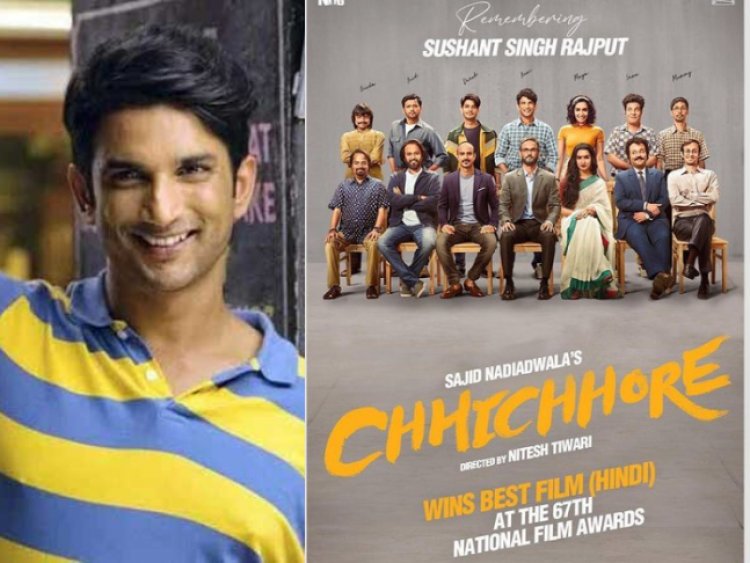 The 67th National Film Awards were announced on Monday. In Hindi cinema, late actor Sushant Singh Rajput's film Chichhore won, while Kangana Ranaut has been awarded the title of'Best Actress for Manikarnika: The Queen of Jhansi and Panga' in recent times. The National Film Awards were announced at the National Media Center in the capital Delhi.
Chichhore, which won the Best Film Award in Hindi Cinema, was Sushant Singh Rajput's last film, in which an attempt has been made to send a message about mental health. Shraddha Kapoor, Varun
Sharma, Prateik Babbar, Tahir Raj were seen in the lead roles along with Sushant Singh Rajput in this film. The film was directed by Nitesh Tiwari.

This film was released in September 2019

Talking  about the story of the film Chichhore Anirudh Pathak alias Anni (Sushant Singh Rajput) is a divorced and middle-aged man who lives with his son Raghav (Mohammad Samad). His son Raghav then jumps from the balcony of the house and tries to commit suicide. This hurts them a lot. He is then admitted to the hospital, where Annie attempts to motive him and reveals that he too was
a loser during his college days. For this, Anni introduces her friends, who are known as all the (losers).

Shock to Kejriwal, bill passed in Delhi in the Lok Sabha stating that LG is the...

UP : Marriage of 26 hundred couples, feast of thirty thousand...