Prime Minister Narendra Modi also launched the first phase of the Chennai Metro Rail Project on this tour. It has cost Rs 3,770 crore to complete this extended project. 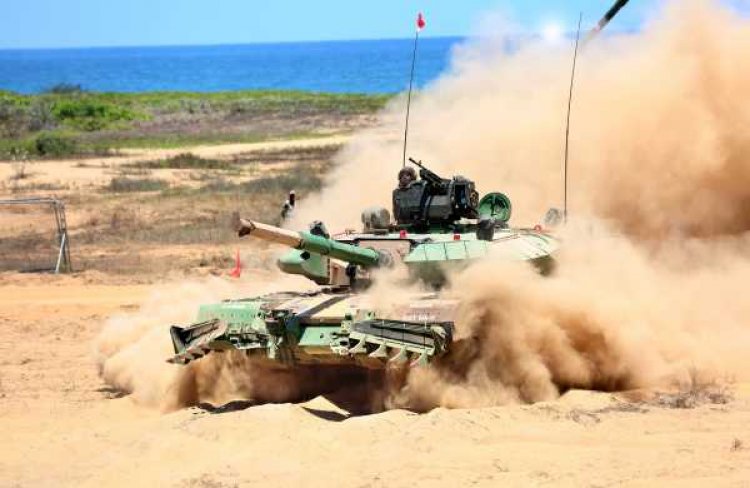 Prime Minister Narendra Modi also launched the first phase of the Chennai Metro Rail Project on this tour. It has cost Rs 3,770 crore to complete this extended project.

New Delhi: Prime Minister Narendra Modi  is visiting Kerala and Tamil Nadu on Sunday. Prime Minister Modi, who arrived in Chennai in the first phase of his visit, handed over the new Arjun tank army developed indigenously. Apart from this, he inaugurated and laid the foundation stone of many projects here. A statement issued from the Prime Minister's Office (PMO) said that these projects include the Chennai Metro project and the launch of a petrochemical complex in Kerala.

On this tour, the Prime Minister launched the first phase of the Chennai Metro Rail project. It has cost Rs 3,770 crore to complete this extended project. It will connect North Chennai with the airport and railway station. After inaugurating all these projects, PM Modi is addressing this special program at this time.

'The world is looking at India with great enthusiasm and positivity. This is going to be the decade of India. The Government of India is committed to make every effort to support this quest of aspiration and inspiration.'

'Pulwama attack took place on this day two years ago. We pay tribute to all those martyrs who were martyred in that attack. We are proud of our security forces. Their bravery will continue to inspire generations.'

'It is heartening that the Chennai Metro project was completed on time. Also it has been prepared in India. This is the biggest example of self-reliant India.'

'It is a matter of pride for me to hand over the Arjun Mark 1A tank to the country. It will be deployed on the northern borders of the country.'

Features of Arjun Mark 1A Tank-

Recently, the Ministry of Defense decided to include 118 upgraded Arjun Mark 1A tanks in the Indian Army. This tank, valued at Rs 8,400 crore, has been completely built in India. DRDO has built and developed this tank completely and it is going to meet every need of the Indian Army. The Arjun tank has been designed in the DRDO Combat Weekles Research and Development Establishment.

Project in Kerala
The Prime Minister will dedicate to the nation the Propylene Derivatives Petrochemical Project (PDPP) of Bharat Petroleum Corporation Limited in Kerala. The complex will produce acrylates, acrylic acid and oxo-alcohol, which are currently purchased from abroad. This will save foreign exchange of about Rs 3700 to 4000 crores. It has cost about 6000 crores rupees.

The Prime Minister will also inaugurate the Samudra Engineering Training Institute, Vigyan Sagar and Kochi Shipyard Limited. It is a marine studies center, and is the only maritime institute in India to operate within a ship where training is imparted.