Raj Kundra Arrested: Police custody till 23 for Raj Kundra and another accused of making obscene video

Raj Kundra was arrested late on Monday night by the Crime Branch of Mumbai Police for making obscene films. In this case 11 people including Raj have been arrested. After his arrest, Raj was taken to JJ Hospital for medical examination by the property cell. 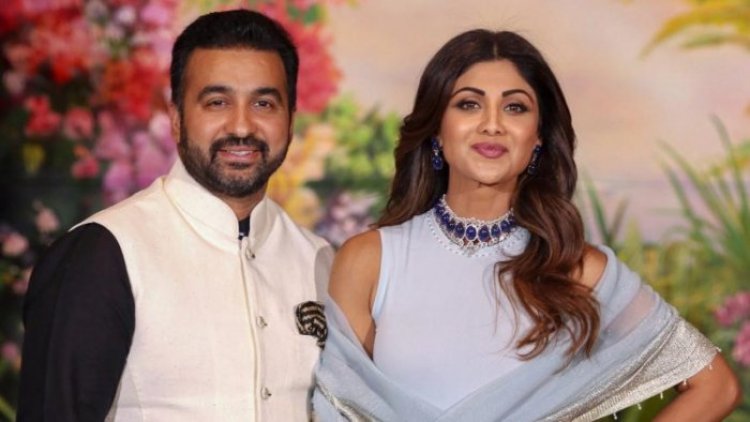 Shilpa Shetty's husband and businessman Raj Kundra, arrested for making obscene videos, has been sent by a Mumbai court to three-day police custody till July 23. Along with Kundra, another accused has also been sent to police custody. Raj Kundra was produced by Mumbai Police in Esplanade Court on Tuesday afternoon.

Let us tell you, late on Monday night, the Crime Branch of Mumbai Police arrested Raj Kundra for making obscene films. In this case 11 people including Raj have been arrested. After his arrest, Raj was taken to JJ Hospital for medical examination by the property cell.

After investigation, Raj Kundra was taken to the Mumbai Police Commissioner's office. Another accused, Ryan Tharp, was arrested by Mumbai Police from Neral near Mumbai on Tuesday morning. Both were produced in the court in the afternoon. The court has sent Raj and Ryan to police custody till July 23 (Friday).

What is the whole matter

The police have been investigating the case of making and uploading pornographic videos since February. This is the same case in which Gandi Baat actress Gehana Vashistha was arrested earlier and had to stay in jail for 5 months. However, Jewel is out on bail. According to the ETimes report, Raj Kundra's name in this case cropped up when the name of a UK-based production company came up during the investigation by the property sale. The police had arrested an executive of this company, Umesh Kamat.

Umesh was an ex-worker of Raj Kundra. It is alleged that Umesh had uploaded at least eight videos on various social media apps, which were shot by Gehana Vashistha. Police suspect that Raj Kundra has stake in this company. Mumbai Police Commissioner Hemant Nagrale has said that Raj Kundra seems to be the main conspirator in this case.

Shares of Adani Group companies fell once again, know what is the reason now