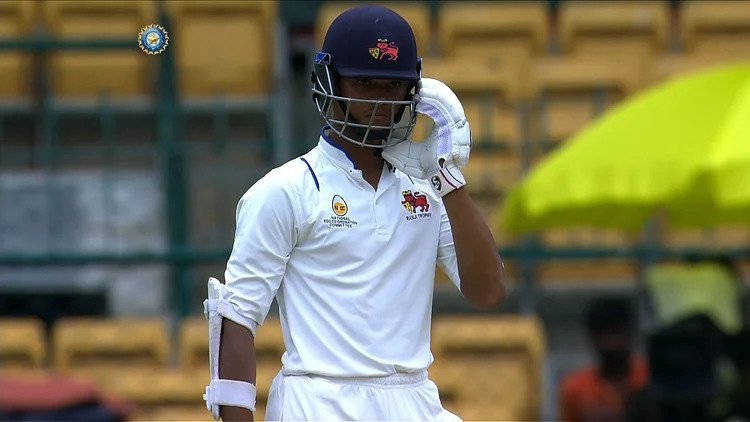 The teams of Mumbai and Madhya Pradesh are in front of you in the final match of Ranji Trophy 2022. The final of this time is very interesting because on one side there is Mumbai which has won the title 41 times and on the other side is the team of Madhya Pradesh playing the final for the second time. The final match is being played at M Chinnaswamy Stadium, Bangalore.

In the final match against Madhya Pradesh, Mumbai won the toss and decided to bat first. Batting first, till the time of writing the news, Mumbai's team had scored 214 runs in the third session losing 4 wickets.

Mumbai has the upper hand against Madhya Pradesh

Mumbai has the upper hand against Madhya Pradesh. However, the team of Madhya Pradesh also cannot be underestimated. When the series started, no one thought that Madhya Pradesh would be able to make it to the final. Mumbai's batting and bowling both are strong. The same Madhya Pradesh has made its place in the final by defeating strong teams like Gujarat, Punjab, and Bengal.

Madhya Pradesh is north to fulfill the dream of coach Chandrakant

Madhya Pradesh played the final for the first time in 1998-99. Then the captain of the team was Chandrakant Pandit. The team led by coach Chandrakant lost to Karnataka in the final played 23 years ago. Now this time Chandrakant has a chance to fulfill his unfinished dream. On the other hand, the coach of the Mumbai team is Amol Majumdar.

Excellent performance by both the teams in the series

The team of Mumbai and Madhya Pradesh have performed very well in the series. In the last 5 matches, Mumbai has won 2 matches, and the same 3 matches have been drawn. Both the teams had previously faced each other in 5 matches, in which 4 matches ended in a draw. In one match, Mumbai had registered a spectacular victory. Mumbai won on the basis of the first innings. In the current series, Madhya Pradesh has registered a spectacular victory in 4 out of 5 matches.

Star Players of both teams

Talking about Mumbai and Madhya Pradesh team's star players, this time Rajat Patidar, who proved to be a hero for Royal Challengers Bangalore in IPL, is vice-captaining in the team of Madhya Pradesh. This time Rajat also scored a century in the IPL. Rajat Patidar has scored 506 runs in 5 matches so far in the current tournament. If we talk about bowling, spinner Kumar Karthikeya has taken 27 wickets in 5 matches and has reached the second number in the list of highest wicket-takers. On the other hand, Sarfaraz Khan has scored 803 runs in 5 matches for Mumbai. In the bowling, spinner Shams Mulani has done wonders this time. He has taken 37 wickets in 5 matches.

Rupee Vs Dollar: Rupee closed at record low against US dollar, fell 27 paise to...