Russia Ukraine War: Preparing to respond to Russia, America and Germany will send tanks to Ukraine

In a war between Russia and Ukraine, the number of tanks sent by Washington and Berlin will be less than 100. These tanks have the potential to completely turn the game in battle. Russia has warned that arms supplies to Ukraine will escalate the war. 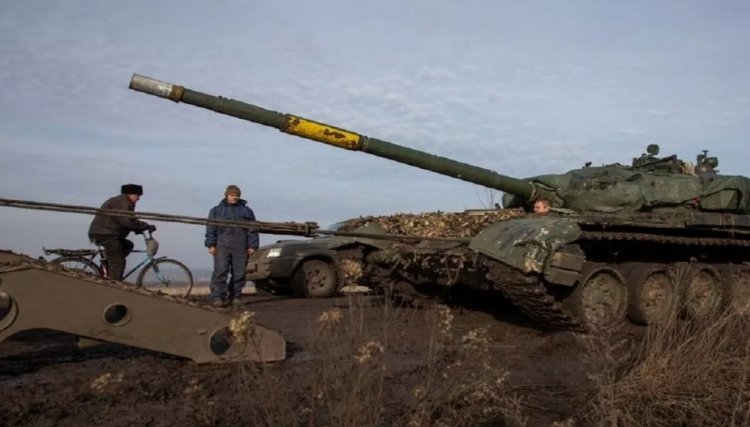 Russia Ukraine War: The war between Russia and Ukraine is about to complete one year. But the war between the two countries does not seem to stop at the moment. Meanwhile, America and Germany are preparing to send their heavy tanks to Ukraine to give a befitting reply to Russia. Sources say that America may announce on Wednesday that it will send its M1 Abrams tank. Whereas, Germany has decided to send its Leopard 2 tank to Ukraine. However, there is no official confirmation regarding this.

The number of tanks will be less than 100

Sources have said that the number of tanks being sent by Washington and Berlin will be in the dozens but less than 100. These tanks have the potential to completely turn the game on the battlefield. In a video address on Tuesday, Ukrainian President Volodymyr Zelensky again pressed Western allies to provide the most advanced battle tanks.

However, Germany and America have not yet supplied heavy armor to Ukraine. On the other hand, Russia has warned that the supply of modern weapons to Ukraine would escalate the war. Some officials say that its allies are leading the world to a "global catastrophe".

Russia's ambassador to the US, Anatoly Antonov, said on Wednesday that the US is provoking them by sending these battle tanks. The Russian military will destroy those American tanks in the same way as it destroys other NATO weapons on the battlefield. The war between Ukraine and Russia has caused heavy losses on both sides.

It is believed that both are now planning a new attack. Zelensky said that Russia is increasing its pressure towards the industrial city of Bakhmut in Ukraine. But the Ukrainian army is resolutely facing them.

Ukraine says that it can give a befitting reply to the Russian army with the help of tanks. Washington is preparing to send dozens of M1 Abrams tanks to Ukraine, two US officials said Tuesday.

At the same time, Germany has decided to send about 14 Leopard 2 A6 tanks. Germany's Leopard 2 tank is used by around 20 armies around the world. These tanks are easy to deploy. At the same time, America's Abrams tank is considered less suitable in comparison. It has high fuel consumption and maintenance consumption.

All you need to know about Anondita Healthcare

Corona created an outcry in China, the health agency sa...

Why was Donald Trump evicted from many platforms includ...

America: Researchers in America have prepared such a la...