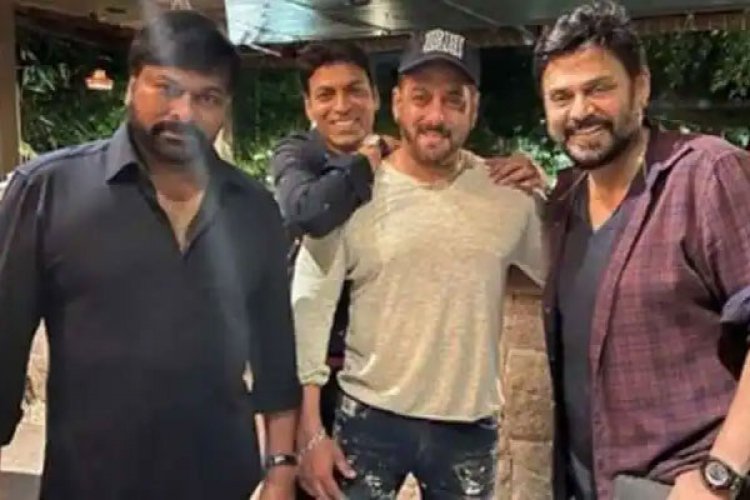 Hyderabad: These days Bollywood actor Salman Khan is shooting for his upcoming film 'Kabhi Eid Kabhi Diwali' in Hyderabad. Salman Khan had a party with Tollywood superstars Chiranjeevi and Venkatesh, free of shooting.

All three Salman, Chiranjeevi and Venkatesh were seen at their close friend JC Pawan Reddy's house. A picture of him with JC Pawan Reddy is becoming very viral on social media.

Recently, after South actor Kamal Haasan's film 'Vikram' became a superhit, his close friend Chiranjeevi gave a sumptuous dinner at his Hyderabad house, in which Salman Khan also joined. These pictures were shared by Chiranjeevi on his social media account.

On the work front, Salman Khan will be seen in a cameo role in Chiranjeevi's upcoming film 'Godfather' while Venkatesh will be seen playing a small role in Salman Khan's 'Kabhi Eid Kabhi Diwali'.

There was a ban on sex, even then if you do, you will be jailed for 7 years

Rohit Shetty to take Contestant in 11th season of Khatron...

Mahima Chaudhry was exposed to married life, upset, had...