Shamshera: Sanjay Dutt's look from 'Shamshera' revealed, short hair - the actor looked tremendous with a whip in his hand, PHOTOS

Sanjay Dutt's look from Shamshera has been released. In this, his character's name is Daroga Shuddh Singh. The trailer of the film will be released tomorrow. 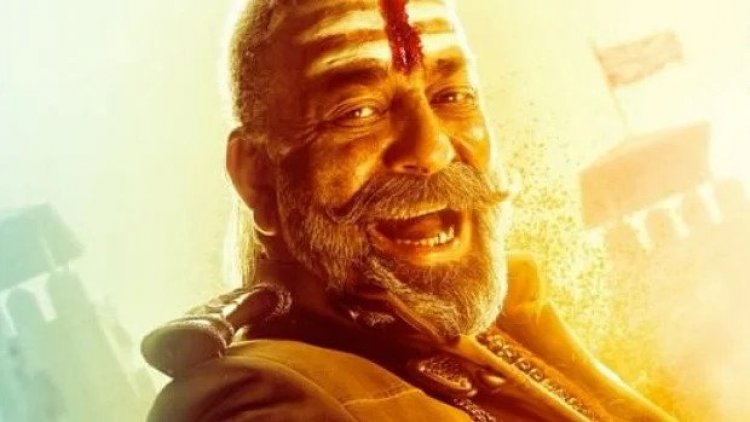 Shamshera: The teaser of Ranbir Kapoor and Sanjay Dutt starrer film Shamshera was released on the previous day. In this, Ranbir was seen in a very different style in long hair. Fans showered love on the teaser. Its trailer will be released tomorrow i.e. on June 24. Earlier, the look of Sanjay Dutt has been revealed. In this, he is looking quite tremendous in mustache.

Yash Raj Films has released Sanjay Dutt's look from Shamshera on its Twitter. In this, his character's name is Daroga Shuddh Singh. In the poster, the actor is looking quite different in short hair and mustache. He has put tilak on his forehead. Along with this, a whip is also visible in his hand. In this, the actor will be seen playing the role of a villain.

Evil never looked this good - Daroga Shuddh Singh.
Catch #ShamsheraTrailer tomorrow! Celebrate #Shamshera with #YRF50 only at a theatre near you on 22nd July. pic.twitter.com/xEb0iJIseV

At the same time, the teaser of Shamshera was released on the previous day. In this, the actors were heard saying, the storms are in the breath, the eyes are like the eagle's guard, no one will be able to stop it, when it wakes up and becomes morning. Dacoit by karma, free from religion. Ranbir was seen in a great look in this. Let us tell you that the film will be released in Hindi, Tamil and Telugu.

At the same time, Ranbir Kapoor is in discussion about his upcoming film 'Brahmastra Part One:' these days. The film also stars Alia Bhatt, Amitabh Bachchan. In this, she is in the role of Shiva and Alia will be seen playing the role of Isha. The film is scheduled to release on 9 September. Fans are eagerly waiting for the release of the film as this will be the first time that these two will romance each other on the big screen.

Sanjay Dutt was last seen in this film

Talking about Sanjay Dutt's work front, he was last seen in KGF 2. Recently, the actor wrote a note for his father Sunil Dutt on his death anniversary. He wrote, You were always there to guide and protect me. You were my strength, inspiration and support in every need. You will always be in my heart Papa, I miss you!"

Sapna Choudhary gave such a bold pose in a one off shoulder...