Talking about Aadar Jain, his film Hello Charlie is being released on April 9 on Amazon Prime Video. Tara Sutaria promoted the film by posting a video of the dance with Gorilla character Toto of the film. 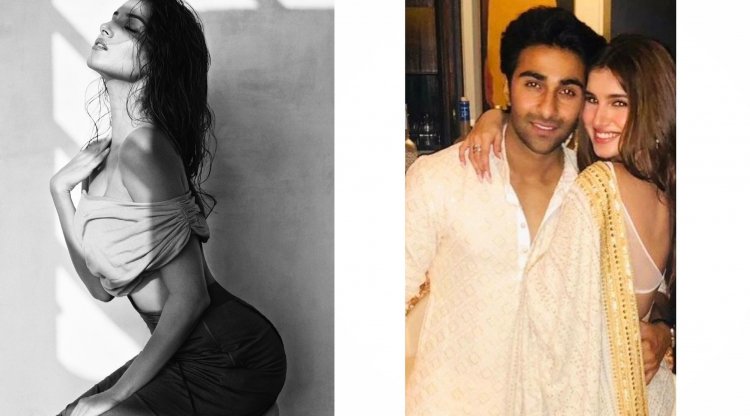 Ranbir Kapoor and Kareena Kapoor Khan's cousin Aadar Jain are often in the news about their love life. Honor Student of the Year 2 actress is dating Tara Sutaria. Tara is often seen joining the family functions like a family member. It is also interesting to see the social media flirting between the two, whose example was recently seen.

Actually, Tara had posted some of her pictures on Instagram, in which she looks quite sensuous. With these pictures, Tara wrote in the caption - Fever, to which respectfully commented - You give me…. That is, due to such acts of Tara, reverence becomes feverish. Users of these molestations that run between these two are also thoroughly enjoyed.

Tara Sutaria is the old name of the entertainment industry. He made his Bollywood debut as a lead actor in Karan Johar's film Student of the Year 2 in 2019 after working on television for almost six years.

Tiger Shroff was in the lead role in this film, while Ananya Pandey also made his debut. The same year, Tara was seen opposite Siddharth Malhotra in Marjawan. Tara will next be seen in the female lead role in Tadap, making Sunil Shetty's son Ahaan Shetty debut. At the same time, he is also in the lead role in Ek Villain Returns. The film stars Arjun Kapoor and John Abraham in the lead roles.

If we talk about respect, his film Hello Charlie is being released on April 9 on Amazon Prime Video. Tara promoted the film by posting a video of the dance with Gorilla character Toto from the film.

In the caption accompanying this video, Tara wrote - Dance with her favorite person from Hello Charlie. In this post, he also tagged respect. Respect commented with fun. He wrote- Control Toto. Let me tell you, Respect is the younger daughter of Raj Kapoor, Reema Jain and son of Manoj Jain.

Rainbow made in the sky of Mars, NASA's Mars rover took a terrific photo, know how...