America has safely evacuated another 10900 people from Kabul. There is a plan to evacuate more than six and a half thousand people in the next twelve hours. But due to the Taliban's ultimatum, there is a possibility of a halt to the rescue operation after this. 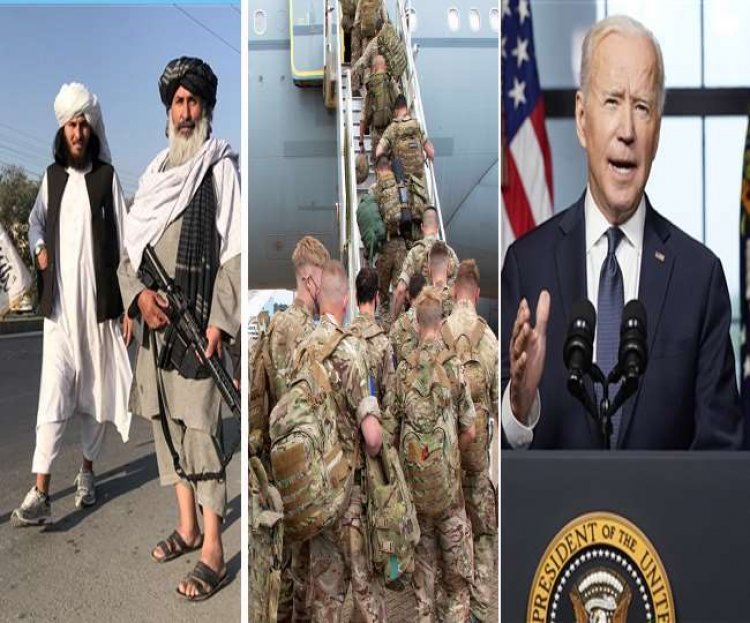 The US has safely evacuated another 10,900 people from Kabul. There is a plan to evacuate more than six and a half thousand people in the next twelve hours. But due to the Taliban's ultimatum, there is a possibility of a halt to the rescue operation after this. The US is regularly talking to the Taliban in this regard through political and security channels.

In this sequence, countries like Australia, Britain etc. have also continued to evacuate their people and Afghan citizens in hundreds. White House Rapid Response Director Mike Gwynn tweeted that more than ten and a half thousand people were brought out of Afghanistan from Kabul on Tuesday from 3 a.m. to 3 p.m. America has evacuated 48,000 people since August 14. Pentagon chief spokesman John Kirby said the United States had evacuated the largest number of people in the last 24 hours from 15 C-17 aircraft. Another 6,660 people will be evacuated in the next 12 hours. After this, Taliban commanders have indicated that they will close the airport for rescue work.

US National Security Advisor (NSA) Jake Sullivan said that the US does not trust the Taliban. But talks with him continue on a regular basis. He is also constantly consulting with his allies regarding the rescue operation. In talks with the Taliban, every aspect of the rescue operation is being discussed. Every effort is being made to evacuate American citizens and third country citizens as well. The Biden administration says that it will complete this campaign by August 31 in any case. The final decision in this regard will be of US President Joe Biden.

Britain evacuates 8600 civilians out of Afghanistan

Meanwhile, British Defense Secretary Ben Wallace said that we will not be able to get everyone out of Kabul until 31 August. They have evacuated 8,600 civilians out of Afghanistan in recent days. Whereas in the last 24 hours, 2000 people have been transported outside Afghanistan. Here, Australian Home Minister Karen Andrews said that as of last Wednesday, more than 1,600 people have been evacuated from Kabul through 17 flights. Whereas, an Afghan female activist pro-Afghan's government has landed in Germany.

If you are going to apply for personal loan, then first know these five things

Russia Ukraine War: Rage in Russia and Ukraine over Daria's...

An artificial intelligence tool invented to deal with Corona's...