Was Corona born from Wuhan's lab? Scientist said - the answer to this question will protect you from future danger

Experts caution that Hypotheses should be taken seriously unless there is sufficient data and the spread of the virus in a natural way. 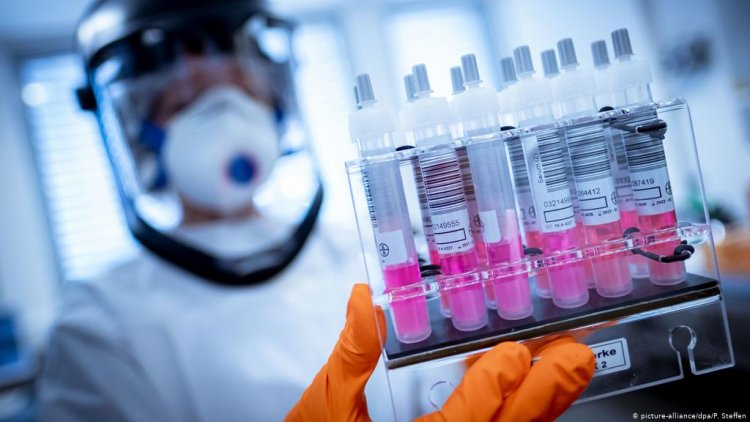 A group of leading scientists from Britain and the US on Friday called for more investigations to find out the origin of the Covid-19 pandemic in which the virus was detected from a lab in Wuhan (China) city of China. The notion of accidentally coming out is also included. These scientists include Ravindra Gupta, an Indian-origin immunologist and infectious disease specialist from Cambridge University.

In a paper published in the journal 'Science', experts from the world's leading universities such as Harvard, Stanford and MIT said that to make global strategies to reduce the risk of future outbreaks, it is necessary to know how COVID-19 Emerged These experts cautioned that unless there is enough data, hypotheses about the spread of the virus in a natural way and from the laboratory should be taken seriously.

Take the theory of spreading the virus from the lab seriously

He wrote, 'As scientists with relevant expertise, we agree with the Director General of WHO, the US and 13 other countries and the European Union that it is necessary and possible to gain greater clarity about the origin of this epidemic. Unless there is enough data, hypotheses about the spread of the virus in a natural way and from the laboratory should be taken seriously. '

Referring to the history of the epidemic, scientists recalled how on 30 December 2019, the Program for Monitoring Emerging Diseases informed the world about pneumonia caused by unknown causes in Wuhan, China. This led to the identification of the causative agent CVair acute respiratory syndrome corona virus 2 (SARS-COV-2).

Scientists remember the history of the virus

In May 2020, the World Health Assembly requested that the Director General of the World Health Organization (WHO) work with partners to find out the origin of SARS-COV-2. In November 2020, terms of reference were issued for the Sino-WHO joint study. Information, data and samples for the first phase of the study were collected and summarized by the team.

Although there was no clear conclusion supporting the spread of the accident virus from natural or any laboratory, the team expressed the possibility of the virus spreading to humans from bats while terming it as 'highly unlikely' to spread from a laboratory. He cautioned, "Furthermore, the two principles were not given a balanced view."

Experts pointed to remarks by WHO Director General Tedrus Adhanam Ghebreyes that the report considered insufficient evidence to support the laboratory crash and offered to provide additional resources to fully evaluate the possibility.

The scientists said, 'A proper investigation should be transparent, objective, data-driven, with extensive expertise, independent oversight and should be responsibly managed to minimize the impact of conflict of interest. Public health agencies and research laboratories should make their records public. '