Following the military coup in Myanmar, at least 12 Myanmar civilians have recently crossed the Indian border and taken refuge in the northeastern state of Mizoram. 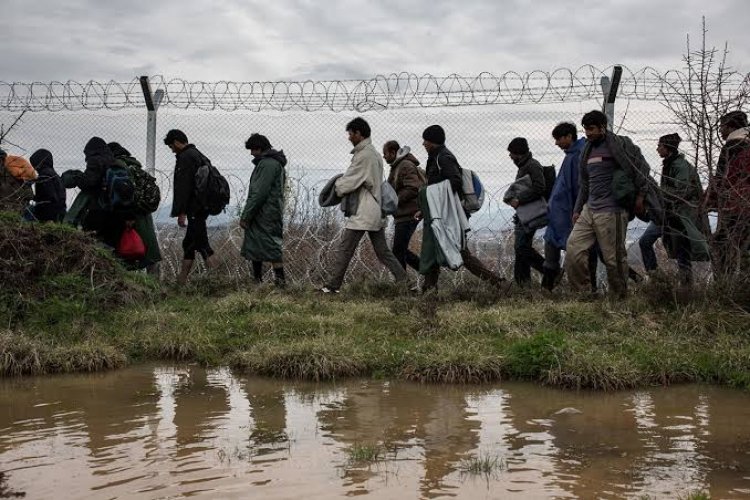 According to another information published in the local English daily newspaper Mizoram Post, four Myanmar nationals are currently taking shelter in Champai district.

Kumar Abhishek, deputy commissioner of Serchhip district said, "Eight citizens of Myanmar have taken refuge in our district. Three people came on Wednesday and five people arrived yesterday. All these people are about a few kilometers from the Indo-Myanmar border. Lungkol is housed in a community building in the village. Arrangements are being made for their food and drink from the district administration. "

The overthrowing Myanmar army had ordered these police officers to take action against the citizens there, but these people did not listen to the order and fled here. "

According to Deputy Commissioner Zuali, more than 100 people from Myanmar had recently attempted to cross the international border seeking refuge in Mizoram, but Assam Rifles troops stationed at the border made illegal entry into anyone in the territory of India did not allow.

Mizoram shares a 404-km international border with Myanmar and the responsibility of guarding the border has been entrusted to the Assam Rifles troops.

Mizoram Post, quoting Digmijay Singh, DIG of Assam Rifles, wrote that 'the high officials of the Center had asked Myanmar not to allow entry to any illegal citizen'.

The Mizoram government on Thursday informed the Center about the possibility of Myanmar refugees in the state and more refugees from the neighboring country. State Home Minister Lalchamaliya will issue a statement on the refugees of Myanmar in the next budget session.

In fact, recently Mizoram Chief Minister Zoramthanga said that his government and the people of Mizoram will openly welcome any ethnic Mizo coming from Myanmar or anyone participating in the pro-democracy movement. But due to this being an international matter, at present the government of Mizoram does not seem to take any step on its own without the guidelines of the Center.

RTO will not have to run for Driving License and RC, these essential services went...

Bangladesh: Bangladesh will not have to face economic crisis...