In Pulwama encounter, two including a Pakistani Jaish-e-Mohammed commander Kamal Bhai were killed while one terrorist each was killed in Handwara and Pulwama. Encounters have ended in Pulwama and Handwara, while the operation of security forces is still going on in Ganderbal. 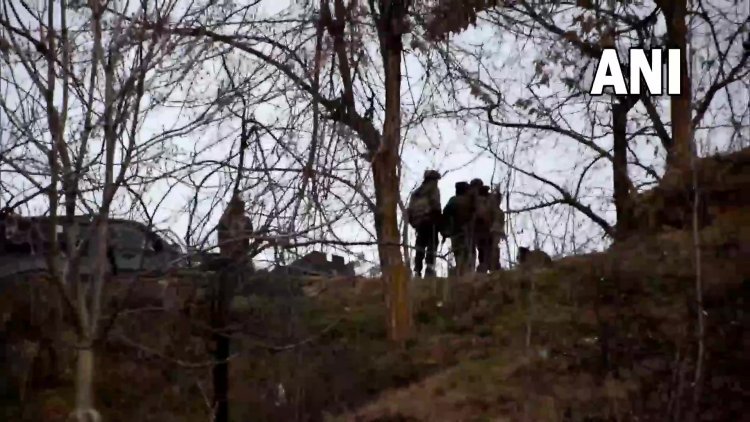 Four, including a Pakistani terrorist Jaish-e-Mohammed commander Kamal Bhai, were killed by security forces in a single night at 3 different places in the Kashmir Valley, while one has been arrested alive. Among the slain terrorists, two belonged to Jaish-e-Mohammed while two belonged to the Lashkar-e-Taiba terror outfit. The terrorist caught alive is also associated with Lashkar-e-Taiba. IGP Kashmir Vijay Kumar has himself confirmed this.

He said that the security forces have been conducting search operations at four to five places since last Friday night. Encounter started at three of these places. He has got a lot of success in this as well. Two, including a Pakistani Jaish-e-Mohammed commander Kamal Bhai, were killed in Pulwama, while one terrorist each was killed in Handwara and Pulwama. Encounters have ended in Pulwama and Handwara, while the operation of security forces is still going on in Ganderbal. During these operations, the security forces have also caught a terrorist alive. Pakistani terrorist Kamal Bhai was active in the Kashmir Valley since 2018. The police was looking for him for a long time. The identity of the other terrorists killed is also being ascertained. A large cache of weapons were also recovered from the encounter site.

Let us tell you that with the intention of spreading unrest in Kashmir, terrorists have now started targeting the general public as well. On Friday night, terrorists killed the Sarpanch of Adura Panchayat in Kulgam district, Shabbir Ahmed Mir. Before that, two people were killed and 36 others were injured in a grenade attack in Srinagar. After this attack, the security forces intensified their operation against the terrorists.

Jammu & Kashmir | An encounter broke out at Chewaklan area of Pulwama last night; two terrorists of JeM including one Pakistani killed. The encounter has now concluded here.

Similarly, a terrorist has been killed during the encounter in Handwara by the security forces. This terrorist was also associated with Lashkar-e-Taiba. The encounter started in the early hours of today in Nashama Rajwar area.

After watching The Kashmir Files, the woman started crying bitterly, touched the...