Along with the Indian Army, these vehicles face the enemies firmly, besides being bulletproof, the blast does not have any effect.

Defense force personnel face many environments and situations to ensure peace within the country and there are some capable vehicles to help them in such situations. Let us have a look at some of the vehicles used by defense forces in India. 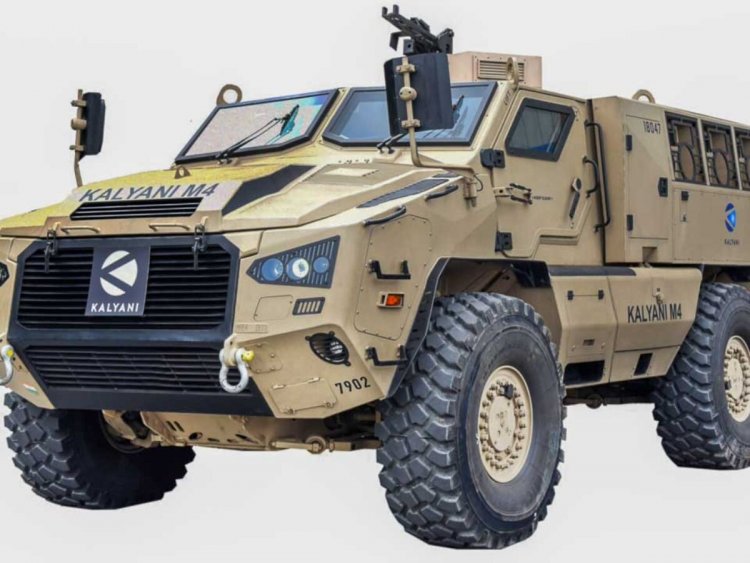 Indian Army Vehicles: Today 75th Independence Day is being celebrated with loud noise in India. This is the day, when we remember the sacrifices of all the freedom fighters who made India a free country. But at the same time we also remember those people who risk their lives to save our country from enemies. Our defense forces constantly fight to protect our international borders and civilians. Defense force personnel face many environments and situations to ensure peace within the country, and there are also some highly capable vehicles to help them in such situations, let's have a look at the ones used by defense forces in India on some vehicles.

Mahindra Armored Light Specialist Vehicle (ASLV) is an armored vehicle that offers ballistic protection up to B7, STANAG Level II. Notably, the vehicle offers STANAG Level I ballistics and blast protection for front, side, rear and four people as standard, but can be upgraded to STANAG Level II. Apart from carrying arms and ammunition inside the crew cabin, the ASLV also has a cargo carrying capacity of 400 kg. It is a modular vehicle, suitable for patrolling in high-intensity areas, raids in open and desert areas, border guarding and carrying weapons. The vehicle is manufactured by Mahindra, and in March this year, the company has also placed an order for the supply of 1,300 light specialist vehicles from the Defense Ministry. Let us tell you, Mahindra ASLV gets a 3.2-litre, inline-6, turbo diesel engine, which generates 212 bhp power and 500 Nm torque. This engine is mated to a four-speed automatic gearbox.

The Kalyani M4 has joined the Indian Army's fleet earlier this year after being tested in Ladakh during tensions with China. It is a multi-purpose armored vehicle, which will be used to transport troops at high altitudes in harsh climatic regions. The Kalyani M4 is capable of carrying eight people, and is believed to have a payload capacity of 2.3 tonnes. It uses a turbo diesel engine mated to a CVT gearbox, and churns out around 465 Bhp of power and 1,627 Nm of torque.

The Renault Sherpa Lite range is used by several defense forces in India, including the National Security Guard (NSG) and the Central Industrial Security Force (CISF). It has a specially designed 4x4 chassis, and the vehicle has a high payload capacity. The heavily armored version of the Renault Sherpa is also being used by defense forces like the CRPF for conducting anti-terrorist operations, as the vehicle is capable of withstanding blasts.

Mahindra Defense Systems has manufactured several armored vehicles for the defense forces, including the Mahindra Marksman. It is an armored capsule-based lightweight bulletproof vehicle that can seat a total of six people. The vehicle provides protection not only from small attacks but also from grenade attacks. The Mahindra Marksman is armored up to 'Level B6', and features a cupola machine gun mount with '270-degree traverse and protection'.