Richa Chadha's tweet regarding Galvan Valley has become a cause of controversy for her. After Akshay Kumar, now Anupam Kher has called Richa Chadha's shameful words. Richa Chadha had to face a lot of condemnation on social media. After this he has apologized to everyone. 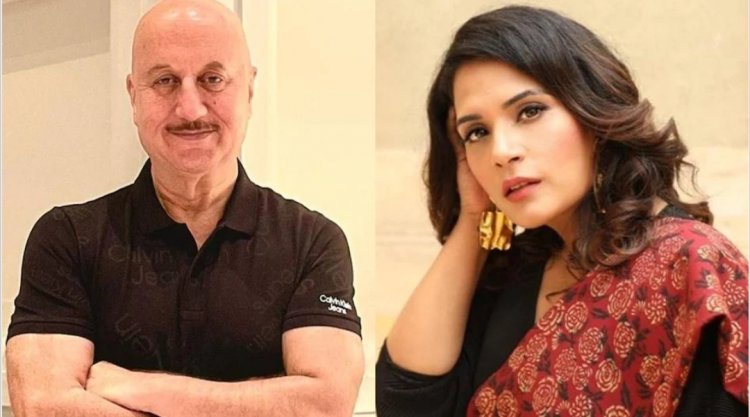 Richa Chadha's tweet regarding Galvan Valley has become a cause of controversy for her. Richa's tweet is getting criticized continuously. After Akshay Kumar, now Anupam Kher has also told Richa Chadha's words wrong. He has called the tweet of the actress shameful by tweeting.

Responding to Richa Chadha's tweet, Anupam Kher wrote, 'Trying to become popular among some people by doing evil to the country is the work of cowards and small people. And putting the honor of the army at stake… what could be more shameful than this.

Apart from Anupam, Raveena Tandon has also tweeted about this. Responding to a Twitter user, Raveena wrote, 'I agree with this. People have their own political thoughts and ideas. But when the army, the soldiers standing on the border line, our martyrs, the sacrifices made by them and their families should not be mocked and ridiculed.

First of all, Akshay Kumar gave the reaction on Richa Chadha's talk. Akshay Kumar wrote in response to this tweet, 'I am saddened to see this. We should never be grateful towards our army. If they are then we are today.

On Thursday, Northern Army Commander Lieutenant General Upendra Dwivedi said in a statement that the Indian Army is waiting for the order given by the Government of India to recapture Pakistan Occupied Kashmir (PoK). The first celeb to answer this was Richa Chadha. He wrote by tweeting, 'Galvan is saying hello.' The reference of this tweet was towards the Galvan clash in 2020.

There was an uproar after his talk. Richa Chadha had to face a lot of condemnation on social media. After this he apologized to everyone. Richa issued a statement saying that her aim was not to hurt the Indian Army.

Apologizing, he wrote a tweet, 'My aim can never be to hurt the Indian Army, but if the three words which are being dragged into controversies have hurt anyone, then I would like to apologize. I also want to say that if knowingly or unknowingly my words have hurt my brothers in the army, then it has pained me. My maternal grandfather has also been a big part of the army.

NATO will provide all possible help to Ukraine in war with Russia, member countr...

Amazon Layoffs: Amazon denies the news of layoffs, the company said – some peopl...

Ranbir Katrina: The ex-couple came face-to-face at the ...

Shahrukh Khan got relief from the court, because of thi...