Avinash Das: Avinash reached the High Court for anticipatory bail in the matter of sharing the picture of the Home Minister, the sessions court dismissed the petition

Filmmaker Avinash Das's anticipatory bail was rejected by the sessions court for sharing the picture of the Home Minister. After which he has moved the High Court. 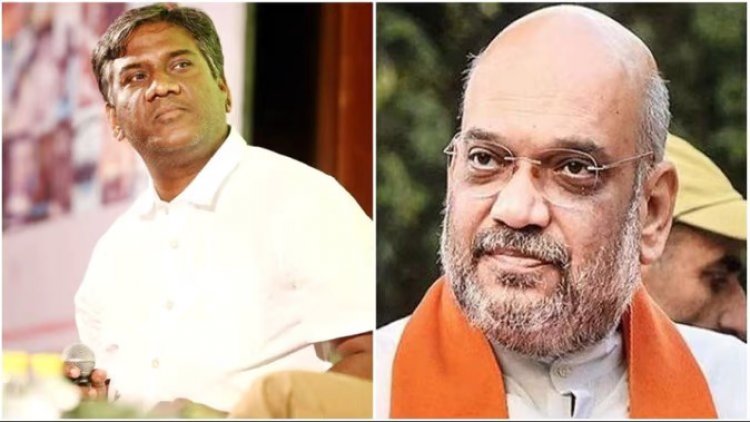 Filmmaker Avinash Das has approached the Gujarat High Court for anticipatory bail in the matter of sharing a picture of Union Home Minister Amit Shah with arrested IAS officer Pooja Singhal. He has moved the High Court after a sessions court rejected his anticipatory bail in connection with an FIR lodged by the Ahmedabad city crime branch under sections 469 of the IPC and provisions of the National Honor Act and the Prevention of Insults to Information and Technology.

On Wednesday, the matter came to the court of Judge Nikhil S Karil and he has adjourned it till June 27. The crime branch of the city had registered an FIR against Avinash Das when he shared a picture of Pooja Singhal. Let us inform you that recently Pooja Singhal was arrested by the Enforcement Directorate in a money laundering case. According to the FIR, regarding the caption of the photo, Das had claimed that this picture was taken a few days before the arrest of Pooja Singhal. While the picture was taken in 2017.

The filmmaker was also booked for insulting national honor by sharing a picture on his Instagram and Facebook accounts of a woman wearing a tricolor. Earlier this month, a sessions court had dismissed Das's plea saying that "Das had deliberately claimed that Shah's picture with Singhal was taken a few days before the latter's arrest, while it was the home minister's image". was done to spoil.
Filmmaker Avinash Das has directed Anarkali of Aarah starring Swara Bhaskar, Sanjay Mishra, and Pankaj Tripathi. His release film 'Raat Baaki Hai' in 2021. Apart from this, Netflix's web series 'She' has also been directed by Avinash Das.

Rupee Vs Dollar: Rupee closed at record low against US dollar, fell 27 paise to...