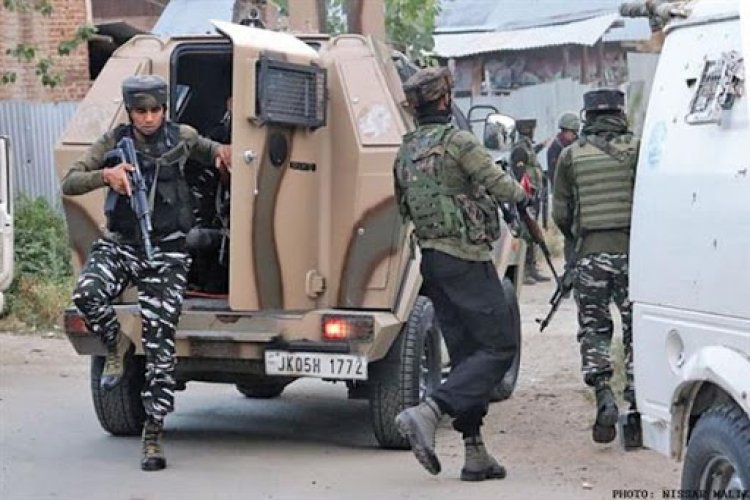 Security forces have killed three terrorists in Kashmir. The encounter started on Tuesday in Lavapora area of ​​Srinagar which lasted more than 15 hours. The police gave the terrorists a chance to surrender, but they started firing. It is not yet known from which organization the slain terrorists belong.

According to the Jammu and Kashmir Police, a number of suspected materials including an AK-47, two pistols, weapons and some documents have been recovered from the search during the search. Among the slain terrorists are two Pulwama and one Shapiians.

Militant's weapons found in Balakot
Meanwhile, the police and army team have recovered 2 pistols, 70 cartridges and 2 grenades in Mendhar sector located at Balakot near the Line of Control (LoC). SSP Ramesh Aggarwal of Poonch said that the Pakistani handlers of the terrorists had sent weapons. The weapons were found after the arrest of 3 terrorists' helpers on Sunday.

203 terrorist's killed in Jammu and Kashmir this year
According to sources in the news agency, 203 terrorists were killed by security forces in Jammu and Kashmir this year. These included 166 local and 37 Pakistani. This year 49 terrorists were arrested and 9 surrendered. Most militants were killed in South Kashmir. There were more encounters in Shopian, Kulgam and Pulwama. In these areas, terrorist organizations had recruited more local youth.

96 terrorist incidents occurred this year
43 common people were killed and 92 were injured. This number is lower than last year. 47 people died in 2019, 185 were injured. Only 14 IED explosives were found this year, compared to 36 last year.

BJP's U-turn on Kapil Gurjar, who fired at Shaheen Bagh, canceled membership in...