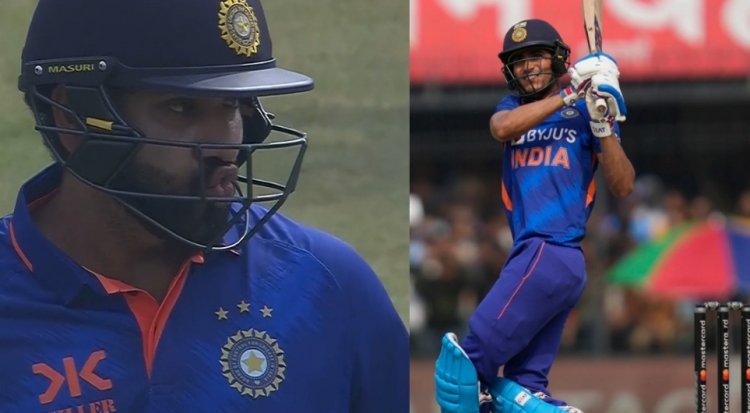 The third and deciding match of the three-match ODI series between India and New Zealand (IND vs NZ 3rd ODI) is being played at the Holkar Stadium in Indore. In this match, New Zealand won the toss and decided to bowl first.

At the same time, while batting first, captain Rohit Sharma and Shubman Gill gave Team India a great start. Gill is seen hitting fours and sixes in the match. Meanwhile, Gill hit such a six that Captain Rohit Sharma was also surprised to see. His reaction is now going viral very fast.

Let us tell you that while batting first, Indian team opener Shubman Gill and captain Rohit have scored half-centuries. Shubman Gill is seen in excellent form in this match. He performed brilliantly in the 8th over of the innings, hitting fours and sixes on the ground. This over of Lockie Ferguson proved to be very expensive.

Gill hit fours on the first, third and fourth balls of this over. At the same time, a sky-high six was hit on the fifth ball. Explain that Lockie bowled the ball outside the off-stump, but the batsman hit a cut shot towards over-point and the ball reached the spectators sitting in the stadium.

Seeing this six of Gill, Captain Rohit Sharma also looked very happy and surprised. His reaction is going viral very fast. Let us tell you that Captain Rohit cheered Gill for his brilliant performance and also patted him on the back.

1️⃣0️⃣0️⃣ comes up as well for the opening wicket.

Cough Syrup Deaths: WHO showed strictness regarding deaths due to poisonous coug...

EXCLUSIVE: BCCI's new office can open in this place in ...

Shardul Thakur will not get a place in the team due to ...