India vs Sri Lanka 2nd T20I: Updates regarding the second T20 between India and Sri Lanka

According to the information, the Indian cricket team will continue the T20 series against Sri Lanka. In the first match, India had won the match by 38 runs. The match was postponed for a day after Krunal was found to be corona infected. 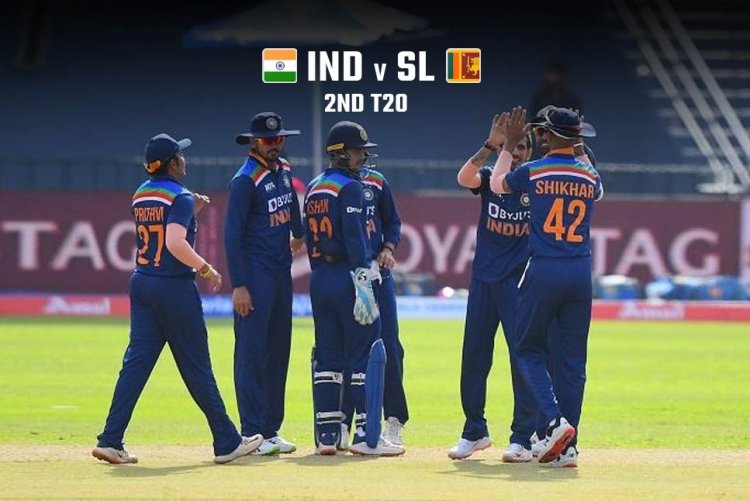 The sudden news about the T20 series being played between India and Sri Lanka on Tuesday evening made everyone worried. Just before the match, there was news of Indian all-rounder Krunal Pandya being infected with corona and it was decided to postpone the match immediately. It was postponed for a day and now it has to be done from 8 o'clock today (Wednesday). As of now, there is no news of the postponement of this match. The team can be fielded by keeping 6 players who came in contact with Krunal out of the playing XI.

According to the information, the Indian cricket team will continue the T20 series against Sri Lanka. In the first match, India had won the match by 38 runs. The match was postponed for a day after Krunal was found to be corona infected. Now Prithvi Shaw, Suryakumar Yadav, Ishan Kishan, Devdutt Padikkal and Krishnappa Gautam, including younger brother Hardik Pandya, who came in contact with him, have been sent to isolation. All these players will not be part of the team in the next two matches.

The entire contingent is undergoing RT-PCR tests today to ascertain any further outbreak in the squad.#SLvIND

Indian will play in the second T20 match this evening with a brand new playing XI. According to the information, all the players who were suspected to be infected were immediately separated from the players of the team. Now the playing XI will be prepared by mixing the players found negative. With this, the Indian team will go to play in the second T20 against Sri Lanka. At present, the information that has been received from BCCI is that it will continue the series.