IND Vs WI Match: India has already won the three-match series by 2-0 and now the eyes are on whether Team India will be able to create history in the third match or not. 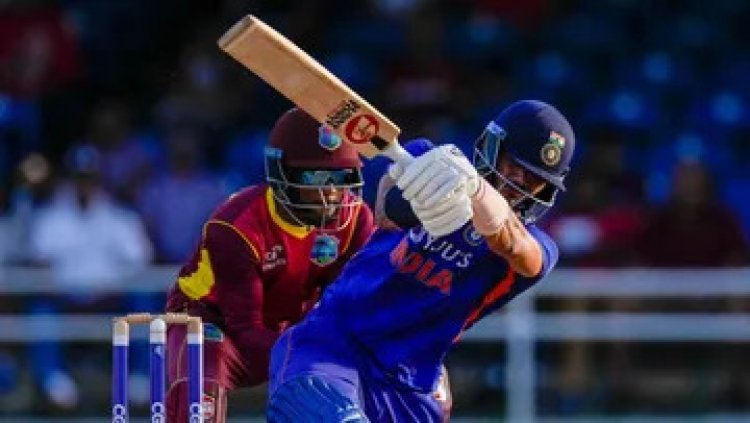 In the last 15 years, India has won the 12th consecutive ODI series against the West Indies, but in all the series played in the West Indies, out of these 12 series, a tightness remained in it every time. India has a chance to fill this shortfall this time. India had won the series by winning the first two matches and now Team India has a chance to clean up the series. If Team India does this under the captaincy of Shikhar Dhawan, then it will be a new history in itself.

Will the coach and captain change the team?

Like the first two matches of the series, the third match will also be played at the Queen's Park Oval in Port of Spain. To be played on Wednesday 27 July, most of the eyes are on whether the Indian team makes any changes. If we look at the trend of bilateral series, then Indian coach Rahul Dravid may try some new players but he will focus on maintaining team balance to maintain the winning momentum.

Will Ishan-Gaikwad get a chance?

Team India will be most expected in this match from swashbuckling batsman Suryakumar Yadav, who, contrary to his reputation and early performance in his international career, has not been able to score big in 5 consecutive ODI matches. He could not play any good innings after a brilliant century in the last T20 on the England tour. Despite this, he may be given another chance. Change is also not expected in the opening and the pair of Shikhar-Shubman Gill will remain. That is, the wait for Ishan Kishan and Rituraj Gaikwad can continue.

Eyes will also be on whether star all-rounder Ravindra Jadeja plays in the last match or not? He was made the vice-captain for this series, but due to a knee injury and could not play in the first two matches. The board had told that the decision on his playing in the third match will be taken only later. In his absence, Axar Patel's place will be retained, who played an unbeaten inning of 64 runs in the second match to lead India to victory.

India had changed the pace of bowling in the first two matches and it was not very successful. The famous Krishna proved to be expensive in the first match, while Avesh Khan, who debuted in the team in his place in the second match, was also ineffective. In such a situation, left-arm fast bowler Arshdeep Singh can be taken in the team in place of Avesh Khan.

Will the Windies team break the losing streak?

Talking about the Windies team, despite two consecutive defeats, the performance of the team cannot be ignored. In both the matches, the team lost in close matches in the very last over. However, the team has so far relied on Shay Hope, Nicholas Pooran, Rovman Powell, or Romero Shepherd. Kyle Meyers has definitely done well. The most important thing is that the team has not done well on crucial occasions so far. In the last match of the series, West Indies can include Jason Holder in the playing XI.

The teams are as follows: