iPhone SE 3 to be launched next month, expected to get A14 Bionic chipset

The iPhone SE 3 remains in the news about its launch. A report related to this device has surfaced. According to this report, users can get the device Apple A14 Bionic Chipset. At the same time, its price can be kept in the premium range. 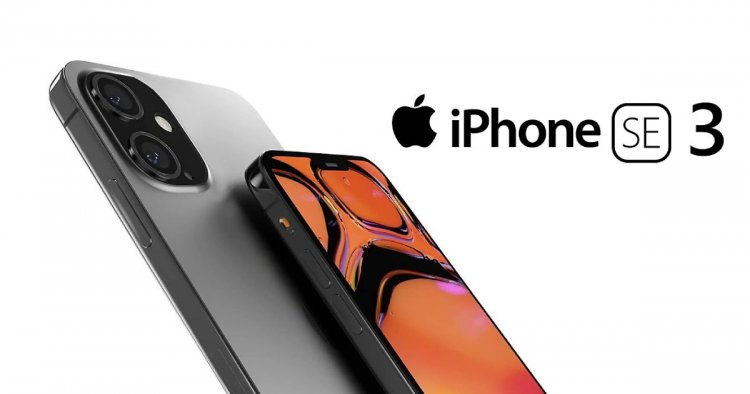 Veteran tech company Apple is preparing to launch its new device iPhone SE 3. Many reports related to this forward-looking device have been leaked. Now a new report has come out, which has given information about the launch, price and feature of the iPhone SE 3. Let's know ...

According to TrackIn's report, the iPhone SE 3 will be priced at $ 499 i.e. Rs 36,400. This device can be launched at the next month's WWDC 2021 event. However, no information has been provided by the company regarding the launch, price or specification of the iPhone SE 3 yet.

According to tech tipster Ross Young, the iPhone SE3 will come with a 5.4-inch LCD display. Also, for better performance, Apple A14 Bionic chipset, 4GB RAM and 64GB / 128GB / 256GB storage will be given. Apart from this, there will be a single camera with LED light in the back panel of the device.

Let us know that Apple launched the iPhone SE 2 last year. The starting price of this smartphone is in the premium range. The iPhone SE 2 uses a 4.7-inch Retina HD display. Also, it is equipped with security features like Touch ID. The design of the new iPhone SE 2 largely resembles the iPhone 8 launched in 2017. Talking about the processor, the latest A13 bionic chip has been used in it. The phone comes with a single rear and selfie camera.

The new iPhone SE 2 comes with wireless charging support and Qi certificate fast charging support. According to the company's claim, the phone can be charged up to 50 percent in 30 minutes. It is equipped with connectivity features like WiFi 6, Bluetooth. The phone comes with a dual SIM card (a physical SIM and an eSIM).

Google Assistant users get new feature, now you can also...

Tesla recalls more than 2 lakh units in China, know the...