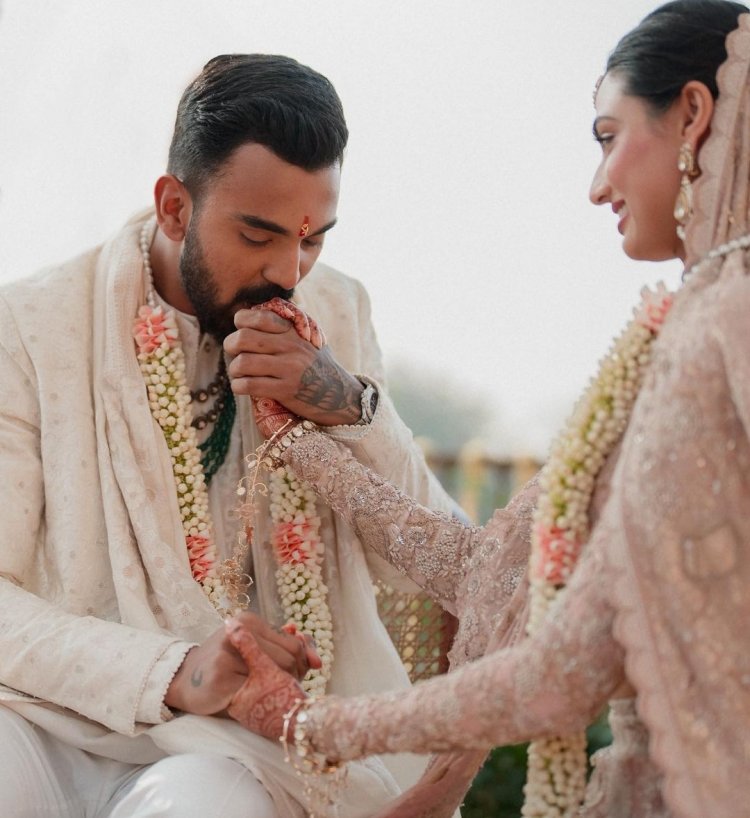 athiya Shetty-KL Rahul Wedding Live Updates: Actress Athiya Shetty and cricketer KL Rahul have become a couple forever. Athiya and KL Rahul got married on Monday, January 23 in Khandala. The ceremonies were completed at Sunil Shetty's bungalow in Khandala. It was kept completely private. Bollywood and sports industry stars and close friends of the couple attended this royal wedding. 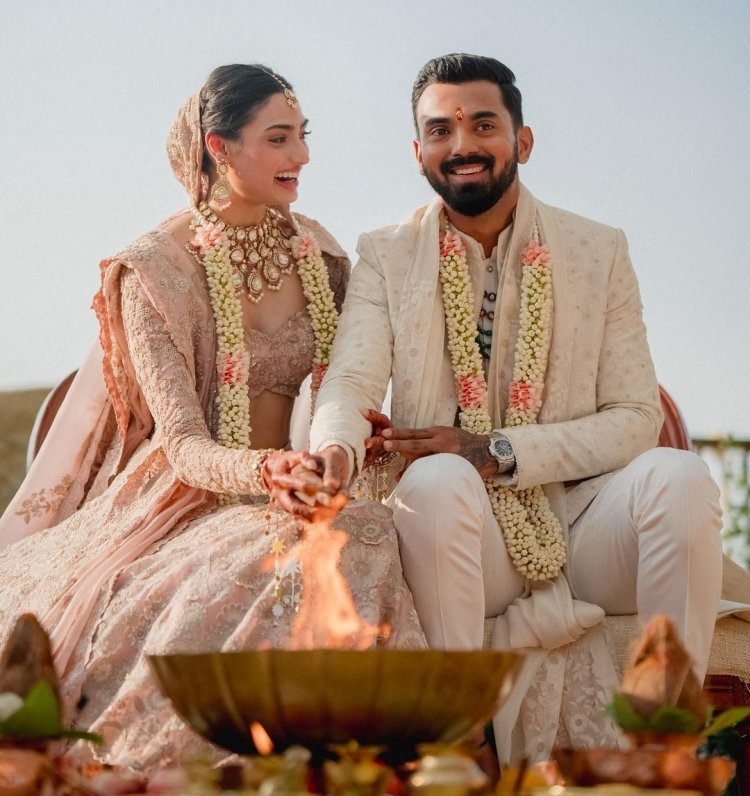 The first photo of the wedding

The first pictures of KL Rahul and Athiya Shetty's wedding are out. Both can be seen in beautiful pastel pink outfits. The wedding dresses of both have been prepared by designer Anamika Khanna.

According to the information, the families of Athiya Shetty and KL Rahul have planned to have a party on Monday night. The family will do an after party with all the guests at the bungalow in Khandala. There is going to be dancing and singing with loud music and DJ. All the guests will dance with the new bride and groom on the hit and trending music.

I want to be a father, not a father-in-law - Suniel Shetty

Talking to paparazzi, Sunil Shetty said that he does not want to be father-in-law of KL Rahul but wants to be a father. He also told that Athiya and KL Rahul's wedding reception will be held after IPL.

Ticket to Paradise: Both stars are counted among the wo...