Russia Ukraine War: Amidst fierce shelling in eastern Ukraine, Russia landed and soldiers, Zelensky said - we will not surrender

Russia Ukraine War Russia wants to annex the entire Donbass of Ukraine, including the Donetsk and Luhansk regions. Russia has better weapons, but Ukraine claims its best-trained troops are capable of countering Russian attacks. 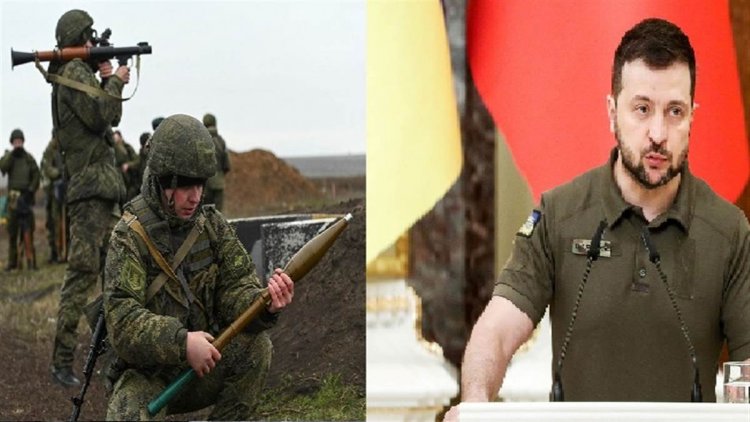 Amid fierce shelling in eastern Ukraine, Russia has fielded more troops to destroy the Ukrainian defense line. The Ukrainian army has also spread across the street to drive out Russian troops from Sevyrodonsk and is fighting vigorously. President Volodymyr Zelensky said in a video message that the number of Ukrainian troops had increased and they were not going to surrender. Meanwhile, Russian Defense Minister Sergei Shoigu has claimed to have "liberated" 97 percent of Luhansk territory.

Luhansk Governor Sherry Haidai said on Tuesday that Russian troops have captured the industrial area on the coast of Svyrodonsk. It is a major city in the Ukrainian-held Luhansk region. "There is a fierce battle going on in the streets of Svyrodonsk, which has changed the meaning of success," Haidai said. The situation is constantly changing, but Ukrainian troops are giving a befitting reply to the attacks.

Maripol and Berdyansk ports are ready to send grain: Russia

Russian Defense Minister Sergei Shoigu said the mines laid at the Ukrainian ports of Maripol and Berdyansk have been removed and they are ready to ship consignments of food grains. The movement of cargo ships has also started there. Meanwhile, Ukraine's First Deputy Minister of Agricultural Policy Affairs Taras Vysotsky said that if Russia does not lift the blockade on Black Sea ports, his country will be able to export only two million tonnes of grain every month. Before the start of the war, Ukraine exported 6 million tons of grain every month. This has decreased after the Russian occupation of the ports.

Ambassador Dai Bing, China's deputy permanent representative to the UN mission, warned on Monday of continuing arms supply to Ukraine and imposing sanctions against Russia. In the context of the Ukraine war, Bing told a UN Security Council meeting on sexual violence and human trafficking that the international community should "restore peace and encourage Ukraine and Russia to resume dialogue." Providing arms and imposing sanctions will not solve the problem, but may prolong the war.

Vladimir Andonov, a fighter of the Wagner group fighting for Russia, was killed near Kharkiv on June 5 by a sniper during a reconnaissance mission. According to the Daily Mail report, Andonov was considered by the Russians as their hero, while the Ukrainians called him the executioner. It is alleged that he killed several civilians in flouting war rules during the Russian invasion of Ukraine in 2014.

Know where schools will open from September and which country...