There has been a bomb blast in Dangri village of Rajouri district of Jammu and Kashmir. A child died in this. At the same time, 5 others are said to be injured. 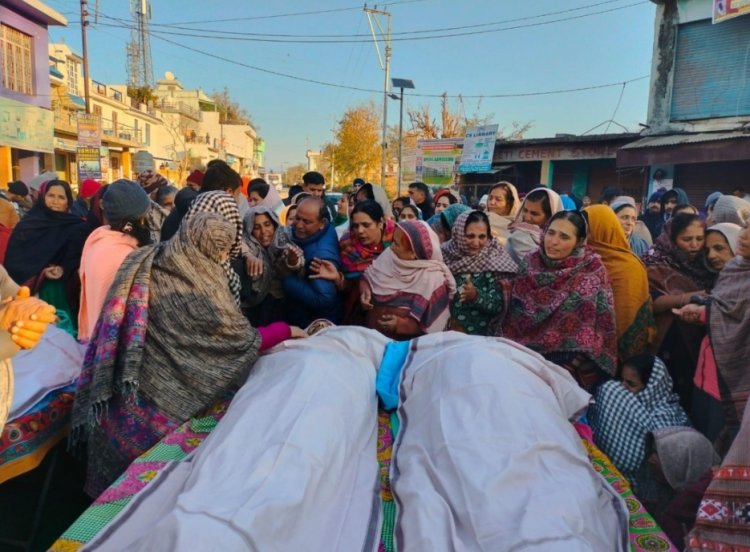 The condition of one of the injured remains critical. Earlier, on Sunday (January 1, 2023) too, terrorists had fired targeting Hindus near the site of the bomb blast. 4 people died in the firing. The sarpanch of Dangri termed this firing as 'target killing' of Hindus.

Regarding the bomb blast in Dangri on Monday (January 2, 2023), Jammu and Kashmir ADG Mukesh Singh said, “There was a bomb blast near the houses targeted by the terrorists yesterday. In this, 5 people were injured and one child died.

A suspected IED has been recovered by security forces from the site of the blast. It seems that this bomb was also planted here by the same terrorists who killed 4 people by firing on Sunday evening.

Let us tell you that on Sunday late evening in Dangri village, while targeting Hindus, terrorists opened fire in three houses. These houses were built within a radius of 50 metres.

4 innocent people were killed in this firing by the terrorists. At the same time, 6 others were injured. The condition of 2 of the injured was serious. They have been airlifted to Jammu. Where, treatment is going on at Jammu Medical College.

Pulled women by their hair and beat them. Then, the women were locked in a room and two men were shot in front of them. Two people of the same family died in this incident. Both were father and son.

Expressing grief over the cowardly act of terrorists, Jammu and Kashmir Governor Manoj Sinha has assured that the terrorists will be traced. Along with this, he has announced financial assistance of Rs 10 lakh to the kin of the deceased and a government job to a family member. At the same time, financial assistance of Rs 1 lakh will be given to the seriously injured.

The new year has not been good for the people of Jammu and Kashmir. Terrorists have carried out 4 major incidents in the last two days. The first incident of terror took place in Srinagar where terrorists hurled a grenade at a CRPF bunker. At the same time, in Pulwama, a terrorist snatched an AK-47 rifle from a CRPF jawan. After this, there was firing in Rajouri targeting Hindus and now there is a bomb blast.

Heavy security forces have been deployed in Dangri village after the acts of terrorists came to the fore one after the other. Army personnel are engaged in searching the terrorists by laying siege. It is being said that in the area where terrorist incidents have come to the fore, earlier terrorist activities were negligible there. There is an atmosphere of panic among the people after these incidents.

COVID-19: corona test mandatory for Chinese travelers in canada and australia as...

Neeraj Chopra told the pain of winning the gold medal, ...

Corona's havoc did not stop in Delhi, 9 people died, po...

Nasal Vaccine: will be available in the form of caution...

Cleanest City: Indore became the cleanest city of the c...

FIR Against Yuvraj Singh, Caste comment was made on Yuz...