The trailer of the film 'Nyay The Justice', based on the life of Sushant Singh Rajput, launched, will the mystery of death be solved?

This trailer starts with a TV news in which it is being told that a film actor named Mahendra Singh has committed suicide in his house. The scene shown here is completely similar to what was seen after Sushant's death. 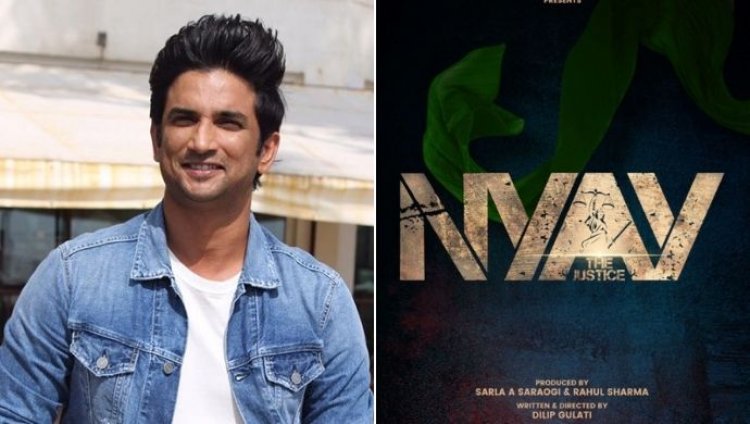 People are remembering the late actor Sushant Singh Rajput before his first death anniversary. On the other hand, the mystery of his death is still unsolved, although the CBI investigation is going on in this case. Meanwhile, the trailer of the film to be made on the life of the actor has been launched. The film named Nyay The Justice is expected to bring out the secrets related to Sushant's life.

The family had demanded a ban

Let us tell you that Sushant Singh Rajput's father had demanded a ban from the court for the AC 4 films including this film, which were being told based on the life of the actor. But on June 10, Justice Sanjeev Narula of the Delhi High Court dismissed this petition. After this the makers have released the trailer of the film 'Nyay the Justice'.

How is the Trailer

This trailer starts with a TV news, in which it is being told that a film actor named Mahendra Singh has committed suicide in his house. The scene shown here is completely similar to what was seen in the news after Sushant's death. After this, there is the entry of the heroine, with which the intimate scenes of the actor are shown. Girl, money, drug, crime, glamor everything has been shown in the film. In the film, the actor's father is seen talking about transactions with his account, which will directly connect you with Sushant Singh's case.

This is the Star Cast

The star cast has been taken very strong in this film, all the characters have been taken similar to the people related to Sushant in real life. Zubair Khan and Shreya Shukla are playing lead roles in the film. Apart from this, many veteran actors are in the film, such as Asrani, Shakti Kapoor, Aman Verma.

Major accident in China, 11 people died due to horrific explosion in gas pipe; 37...