Siddhant Kapoor belongs to a well-known family of Bollywood but in terms of fame, he is still far behind father and sister. Siddhant Kapoor has not appeared in the lead role in any film till now but has been a part of many big films. 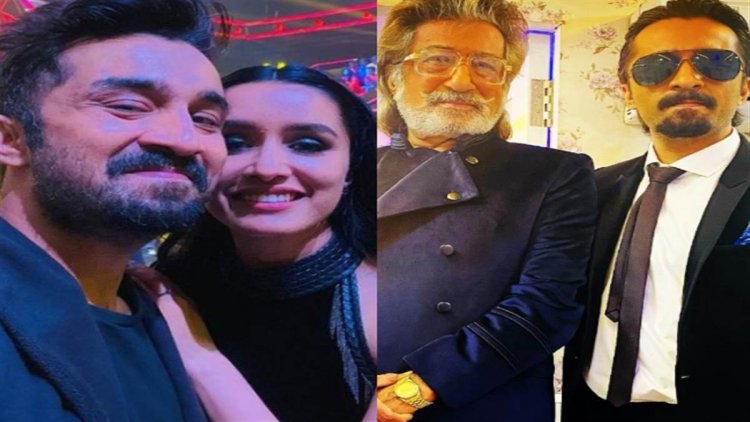 (Who is Siddhant Kapoor arrested in Drug Case) June 13 proved to be a bad day for Siddhant Kapoor, son of Bollywood actor Shakti Kapoor and brother of Shraddha Kapoor. In Bangalore, the police caught him doing a rave party from a four star hotel. The police have detained 6 people from the party and the medical reports of all of them have also come positive. In which the name of Siddhant Kapoor is also included. Siddhant has been active in Bollywood for a long time, but in terms of fame, he is still far behind his sister and father.

Karnataka | Actor Shraddha Kapoor's brother Siddhanth Kapoor detained during police raid at a rave party in a Bengaluru hotel, last night. He is among the 6 people allegedly found to have consumed drugs: Bengaluru Police pic.twitter.com/UuHZKMzUH0

Have appeared in these films

Siddhant Kapoor has not appeared in the lead role in any film till now, but he has worked in films like 'Shootout at Wadala', 'Haseena Parkar' and 'Jazbaa'. Siddhant also worked as a child actor in the 1997 film 'Judwaa'. In the film, he played the childhood character of Shakti Kapoor. Apart from this, he was also seen in the crime-thriller web series 'Bhaukaal'.

Before entering the acting world, Siddhant also worked as an assistant with film director Priyadarshan for a long time. These include films like 'Bhagam Bhag', 'Chup Chup Ke' and 'Bhool Bhulaiyaa'.

Salman Khan was about to launch

According to media reports, Salman Khan was about to launch Siddhant Kapoor as the lead actor of Bollywood, but the talks between Shakti Kapoor and Salman did not work out and Bhaijaan dropped the idea of ​​launching Siddhant.

Sister's name has also come before brother in drugs case

Shraddha Kapoor was called for questioning in the drugs controversy over late actor Sushant Singh Rajput. In the year 2020, the Narcotics Control Bureau had asked the actress.

Best Tips for Immunity: Without spending money, you can make the immune system strong,...