Coronavirus World Update More than 14 thousand patients died during the last 24 hours in the world. Whereas during this period more than eight lakh 70 thousand new infections have increased worldwide. Read this report ... 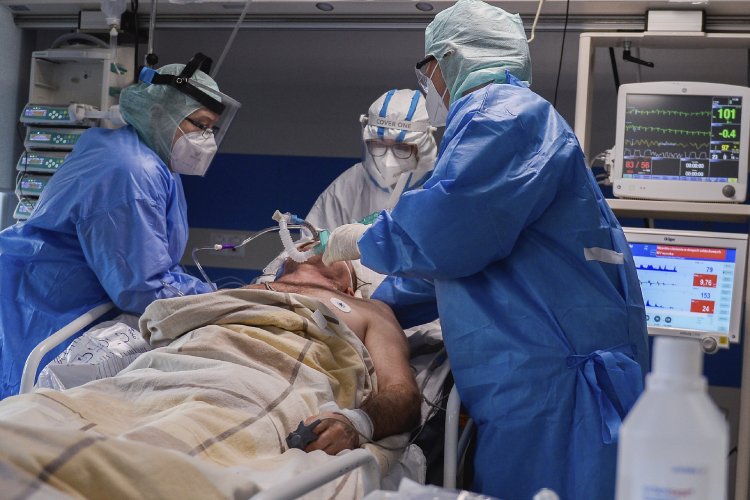 The corona epidemic in the world is not taking its name to halt. The rapid rise in epidemics in many countries has seen a sharp rise in the number of new cases and deaths. During the last 24 hours, more than 14 thousand patients died in the world. Whereas during this period more than eight lakh 70 thousand new infections have increased worldwide.

14 thousand deaths in 24 hours in the world

According to data from Johns Hopkins University, the global figure of corona patients on Saturday morning increased to 15.92 million and 476. A day earlier this figure was 15 crore one lakh two thousand 206. Whereas in the last 24 hours, the total number of people who died due to the death of 14 thousand 417 victims increased to 31 lakh 76 thousand 54. As of Friday, this number was 31 lakh 61 thousand 637.

In the last 24 hours, the US, which suffers from the Corona epidemic in the world, has found about 60 thousand new positives. With this, the total number of victims here has exceeded three crore 31 lakhs. So far, more than 5 lakh 90 thousand victims have died. India and Brazil are the most affected countries after America.

More than 73 thousand new cases were confirmed in Brazil on Friday. The total number of people infected by this has exceeded one crore 46 lakhs. During this period, the death toll of 2,870 patients has increased to over four lakh four thousand.

A look at these countries

Iran: The total number of infected people has increased to about 2.5 million due to the 19 thousand 272 new cases found in a single day across the country. There are a total of 71 thousand 758 deaths here.

Turkey: 31 thousand 891 new cases were found in this country in the grip of the third wave of corona epidemic. The number of victims has crossed 48 lakhs.

Russia: In the 24 hours, 9 thousand 270 new patients were found in the country, the total cases increased to 48 lakh 14 thousand. In total, more than one lakh ten thousand patients have died.

The Center, formed to deal with the Corona epidemic in Pakistan, has decided to cut international flights by 20 percent. This decision, taken in an effort to curb the growing epidemic in the country, will remain in effect from Wednesday to May 20. In the last 24 hours, 4,696 newly infected people were found in Pakistan and 146 victims died.