Adipurush release date: The wait is over, 'Adipurush' will be released on this day 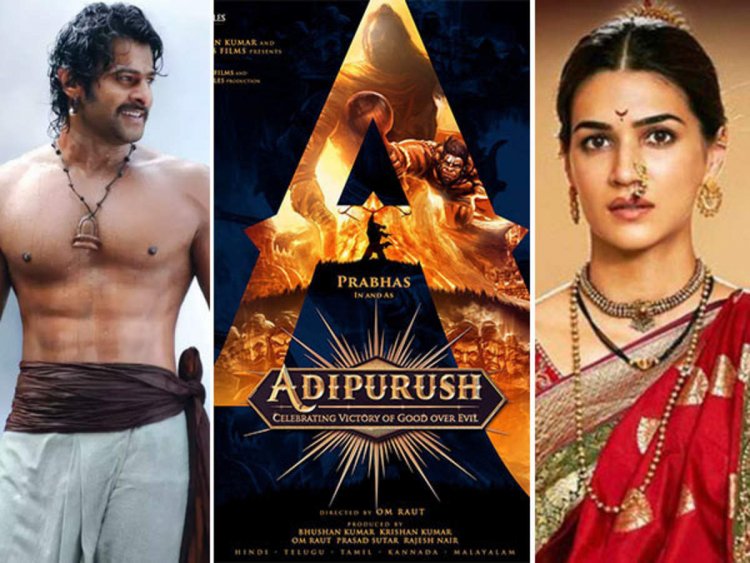 Saif Ali Khan is also going to be seen in this film along with Prabhas. This film, being directed by Om Raut, has been mired in controversies since its post release. As soon as the first look of the film was released, there was a debate on social media about it. After this, this film remained in discussion for many days. However, for the last few days no controversy has been seen regarding the film.

The star cast of the film

In this film Prabhas will be seen playing the role of Lord Ram. At the same time, Saifali Khan is going to appear in the role of Ravana. Apart from both, Sunny Singh will play the role of Laxman in the film. Kriti Sanon is playing the role of Sita in the film. At the same time, Devdutt Gajanan Nage is going to be seen in the role of Hanuman. Om Raut is directing this film. This film will be released simultaneously in five languages. The film will be released in Kannada, Malayalam, Tamil and Telugu along with Hindi. The dialogues of the film are written by Manoj Muntasir and the screen play is by director Om Raut.

Film in controversy after the releasing of poster

Let us tell you that as soon as the poster of the film was released, this film got embroiled in controversies. In this, a lot of controversy was also seen regarding the look of Ravana of Saif Ali Khan. People had created a lot of ruckus on social media regarding this. However, this controversy did not last long and after a storm of protest for a few days, the matter cooled down. Now the release date of the film has been declared. This film is also being awaited for a long time. This film being made on Lord Ram is the most awaited film of this year. Now its wait is over. Adipurush will be released in theaters on 16th June. This film is being released in 3D and 2D.

US: Donald Trump ready for 2024 US election, will start campaign from South Caro...

After the teaser of 'Adipurush', why the famous VFX stu...