Akshay Kumar did a wrap up of the film 'Atrangi Ray', wrote a post on Twitter and said to Dhanush and Sara Ali Khan - 'Thank you' 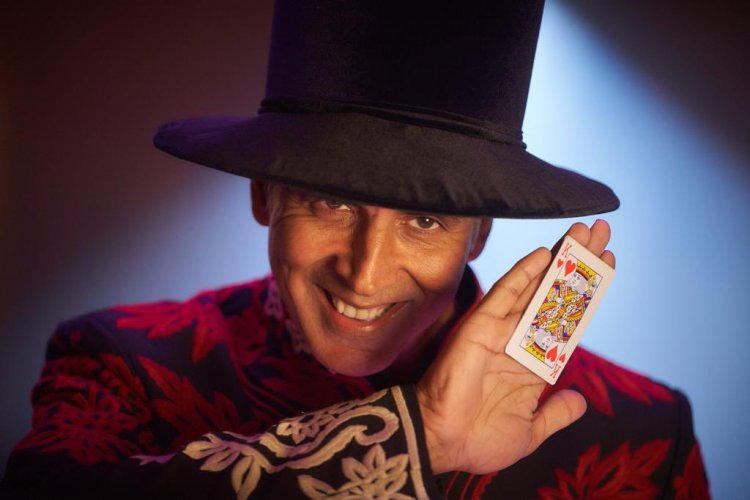 The actor shared the post with a photo on his official Twitter, about the information about rapping the shooting of the film 'Atrangi Ray'. In this photo, Akshay Kumar is seen as a magician and he also has a card card in his hand, which he is showing. Several thousand people have retweeted this photo on Twitter and thousands of people have liked it.

Sharing this photo on Twitter, he wrote the caption, 'This is the last day of 'Atrangi Ray' and I can't wait to experience the magic created by Anand L. Rai. Many thanks to my co-stars Dhanush and Sara Ali Khan for making me a part of this beautiful film.'

It’s the last day of #AtrangiRe and I can’t wait for you’ll to experience the magic created by @aanandlrai. Also a big thank you to my co-stars #SaraAliKhan and @dhanushkraja for letting me be a part of this beautiful film ????????

The romantic drama film 'Atrangi Re' directed by Anand L. Rai is a cross cultural love story. The film will see the double role of actress Sara Ali Khan.

On the other hand, if we talk about the workfront of actor Akshay Kamar, then he is going to be seen in many films back to back this year. The actor will soon be seen playing the role of a police officer in Rohit Shetty's directorial film Suryavanshi. Recently the release date of this film has been announced, the film will be released in theaters on April 30. Apart from this, he will be seen in important roles in 'Bell Bottom', 'Prithviraj', 'Raksha Bandhan', 'Bachchan Pandey', 'Ram Setu' along with actress Jacqueline Fernandes and Nusrat Bharucha.

Even after having full signal in mobile, internet is not available at 4G speed,...

These actresses of South industry ruled Bollywood, some...

Bhumi Pednekar got a photoshoot done with her sister, both...