Brahmastra Box Office Brahmastra is one of the biggest films of this year. Although the negative situation in front of the film before its release, it seemed that it would not pile up at the box office, but after the opening of advance bookings, the picture was reversed. 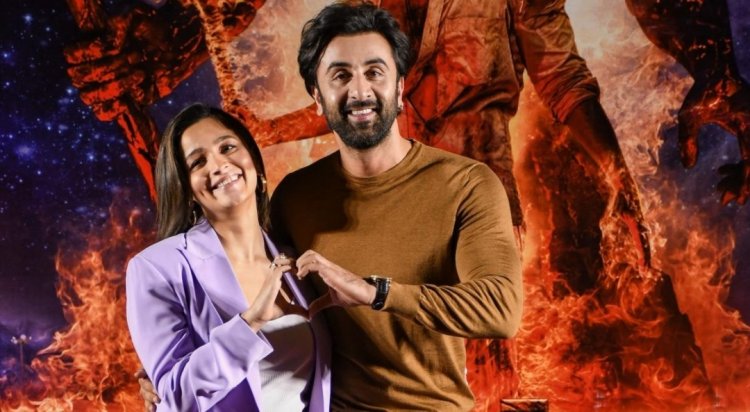 After earning a bang in the opening weekend, Brahmastra has also cleared the most difficult Monday Test with top numbers. The eyes of the trade were fixed on what happens to the film on the first Monday, because for the long race, solid earnings in the first week are necessary and Monday is the most special day in this.

It is believed that if the film survives in the Monday test, then the coming days will prove to be good. According to the predictions about Monday's earnings, Brahmastra has collected a net collection of about 16-17 crores in all languages, out of which 15-16 crores has come from Hindi belt only. If Brahmastra had done less business than this, then the further journey of the film would have become difficult.

With Monday's net collection, Brahmastra's 5 days collection has now reached around 140 crores. Brahmastra is on its way to become the biggest Hindi film of all time in the year 2022. Talking about the films released so far, The Kashmir Files is the highest grossing Bollywood film, which had a net collection of more than 250 crores. After this, Karthik Aryan's Bhool Bhulaiyaa 2 is at number two, which had a lifetime collection of around 190 crores. If the same pace of Brahmastra continues, then in the first week, the film will overtake Bhool Bhulaiyaa 2 and will start challenging The Kashmir Files by the second weekend.

100 crores in the opening weekend

Brahmastra, directed by Ayan Mukerji, is a trilogy, with two more parts to come. Apart from Ranbir and Alia, Amitabh Bachchan, Nagarjuna and Mouni Roy have played lead roles in this tale of divine weapons, while Shah Rukh Khan and Deepika Padukone have made cameos.

Before the release, boycott hashtags were run on social media against Brahmastra and there was a lot of opposition to the film. Behind this were the old statements of Ranbir and Alia. Seeing the situation, it seemed that the condition of Brahmastra may not be like Lal Singh Chaddha, but with advance booking, it was understood that Brahmastra is going to destroy the boycott campaigns.

katrina kaif: the simplicity of Katrina Kaif made her f...

Should I praise him: Malaika Arora shared such a pictur...

The trailer of the film Pathaan will be shown on Burj K...