Citroen C5 Aircross SUV to compete with Kia Seltos, know which powerful SUV is best for you 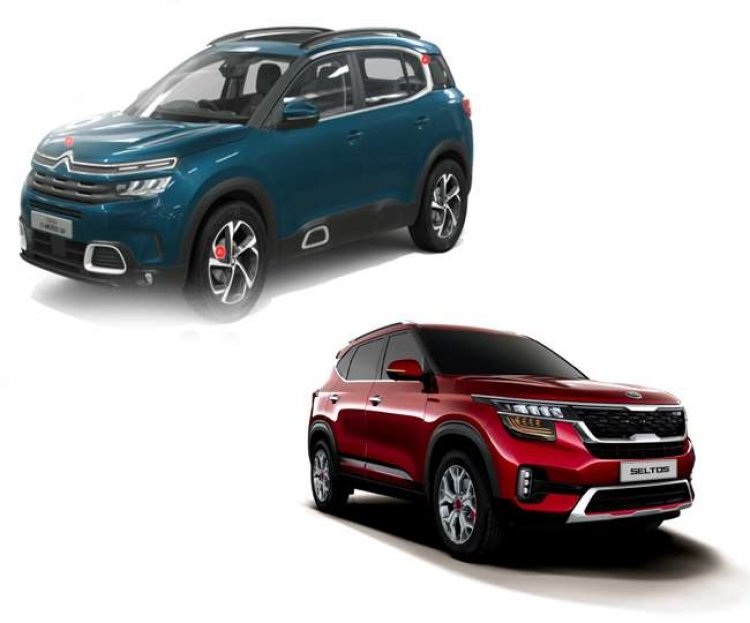 In India, Citroen has launched its much awaited flagship SUV, the C5 Aircross. This SUV has been launched in a very stylish avatar as well as the company has included the best features in it. If you talk about the price, then this SUV has been launched at a price of 29.90 lakh rupees (ex-showroom). When it comes to the competition, the Citroen C5 Aircross will directly compete with the Kia Seltos. In such a situation, today we have brought the comparison of these two SUVs for you, so that you can understand which SUV will prove to be a better option for you.

Talking about the engine and power of the Citroen C5 Aircross SUV, the company has installed a 2.0-liter four-cylinder turbocharged-diesel engine in it. This engine gives power to the front wheel, while this powertrain gets 177 bhp power and 400 Nm of torque. The engine of the Citroen C5 Aircross is equipped with an 8-speed automatic transmission. Citroen claims that the C5 Aircross is capable of delivering a mileage of 18.6 kmpl. This SUV has been launched in 7 combinations. These include 4 body colors and 3 bi-tone roof options. The Citroen C5 Aircross SUV will be sold in the Indian market through the Complete Knocked Down (CKD) kit. It will be assembled at the company's Tamil Nadu plant. Talking about the features, it will also be offered panoramic sunroof with LED headlamps, taillights, to the customers. Customers will also get a subscription with this SUV in which customers can take this SUV home at an EMI of 49,999.

5G Spectrum Auction: Jio will give the cheapest 5G, bought...

Is Google sending you adult ads too? What is the reason...