FIR Against Yuvraj Singh, Caste comment was made on Yuzvendra Chahal last year 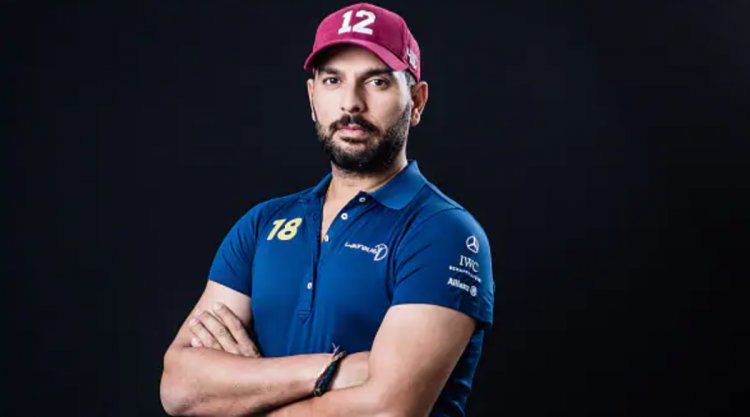 Despite apologizing, Yuvraj Singh's difficulties are not getting coped. Last year, this former all-rounder of the Indian team had cast a comment on the youngster Yuzvendra Chahal, which was followed by a fierce ruckus. The police station even lodged in an FIR, when apologizing publicly, he apologized.

This FIR has been lodged at Hansi police station in Hisar in Haryana under sections 153, 153A, 295, 505 of IPC. According to media reports, apart from these various sections, a case has also been registered under the SC / ST Act.

During the lockdown caused by Corona in 2019, youngsters Yuzvendra Chahal were making fun and dance videos on Tiktok, on which Yuvraj used the word casteist. A few days ago a live session took place between Yuvraj and Rohit. During this time, the two players discussed cricket, corona and many other issues. During this discussion, there was mention of Yuzvendra Chahal and Kuldeep Yadav. Mentioning Yuji, Yuvi used a generic term and it became an issue overnight. #Yuvraj_Singh_Mafi_Mango was trending on Twitter.

Seeing the matter getting boader and hotter, Yuvi wrote a post on social media and said, "I inadvertently hurt people's feelings. I am sorry about this." Yuvi wrote, "I want to make it clear that I do not believe in any discrimination on the basis of color, caste, creed. I have lived my life for the good of the people and I want to live like this even further. I believe in the dignity of life and respect every person without exception. I was talking to my friends and my talk was taken wrongly at the time, which was inappropriate. However, being a responsible Indian, I want to say that if I inadvertently hurt anyone by my words, I regret it."

Sonu Sood will help start the business, the village youth will get a chance.