In the video, Marvel Studios has also shared the iconic moments of the last three MCU phases. The Avengers: Endgame, Black Widow, Black Panther's first look of Eternals with strong and memorable moments is nothing short of a great treat for fans. Eternals include superstars such as Angelina Jolie, Salma Hayak, Gamma Chan, Richard Madden and Kumail Nanjiani. 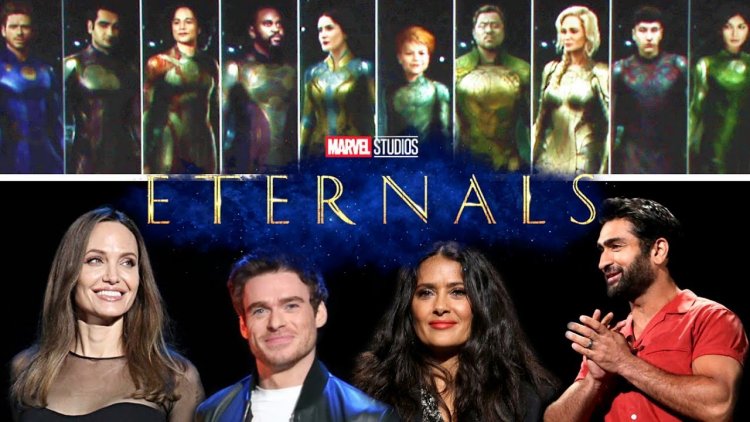 There is great news for fans of Marvel Studios' films. Marvel Studios has shared a new video of Marvel Cinematic Universe Phase-4. In this video, Marvels has announced the release date and title of the Phase 4 movie. With this, Marvels has also released the first look of Eternals, which the fans were eagerly waiting for.
In the video, Marvel Studios has also shared the iconic moments of the last three MCU phases. The Avengers: Endgame, Black Widow, Black Panther's first look of Eternals with strong and memorable moments is nothing short of a great treat for fans. Eternals include superstars like Angelina Jolie, Salma Hayak, Gamma Chan, Richard Madden and Kumail Nanjiani. Angelina Jolie's look and elation in the first look really increases the excitement level of the fans.

In the video shared by Marvel Studios, Salma Hayak is seen sitting on a horse, while Angelina Jolie can be seen ready for battle for the sword. Sharing this video, Marvel wrote - 'Eternals presents a team of powerful new Super Heroes from Marvel Cinematic Universe, ancestors who have been living like a dark secret on earth for thousands of years. Avengers: After the endgame, the forces of destruction have brought them together to stand against humanity's greatest enemy, the divers.'

This Oscar Winner director has made Eternals

It is known that Eternals has been written by Oscar winner director Chloe Zhao. Chloe Zhao, who won the Academy Award for Nomadland, will be fun to see what's new this time around.

With this, we tell which film will be released when:

Verdict: Bill and Melinda Gates separated after 27 years of marriage