These talks between India and China have taken place when the process of removing Indian and Chinese troops, weapons and other military equipment from the northern and southern end of Pangong Tso Lake has been completed. 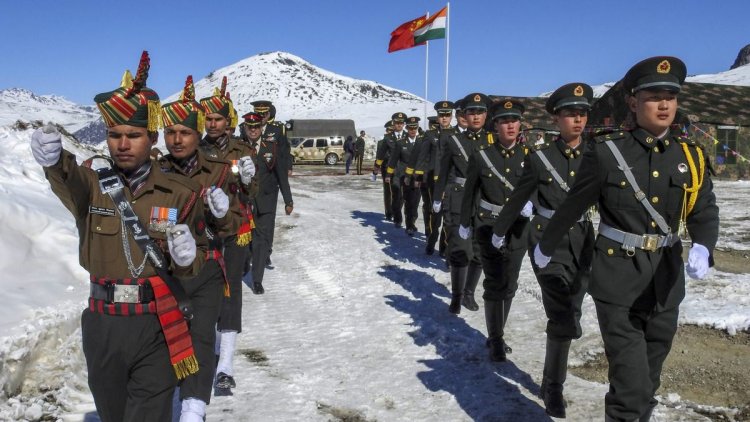 New Delhi:The military commander-level talks on the border continue to reduce tensions between India and China for the past several months. The 10th round of military talks was held on Saturday to resolve the border dispute between the two countries. During the 16-hour India-China talks on the Moldo border, talks about disengagement in areas such as Hot Springs, Gogra and Depsang in eastern Ladakh.These talks have taken place when the process of removing Indian, Chinese soldiers, weapons and other military equipment from the northern and southern end of Pangong Lake has been completed.

According to the information, this meeting between the two countries started at 10 am in the Moldo border area on the Line of Control towards China and ended at around 2:00 pm. Emphasis was laid on rapid withdrawal from areas like Hot Springs, Gogra and Depsang to reduce the heavy tension on the border from India.After the last meeting, both countries have withdrawn their troops from the northern and southern end areas of Pangong Lake. Along with the retreating soldiers from the border, weapons, other military equipment, bunkers and other construction have also been removed.

The military standoff between the two countries began after the violent clashes in the Pangong Lake area on May 5 last year, and then in everyday developments, both sides deployed a large number of troops and lethal weapons. Nearly five months after the standoff, Indian troops took action and deployed several mountain peaks of strategic importance in Mukhpari, Rechil La and Magar Hill areas in the southern end of Pangong Lake.

US administration announced, India will get corona vaccine...

When America got a crushing defeat in the war in this country...

Citizens of some countries, including America-Canada, will...