Los Angeles shooting: shooting suspect shoots himself in a van after being surrounded by police, 10 people lost their lives 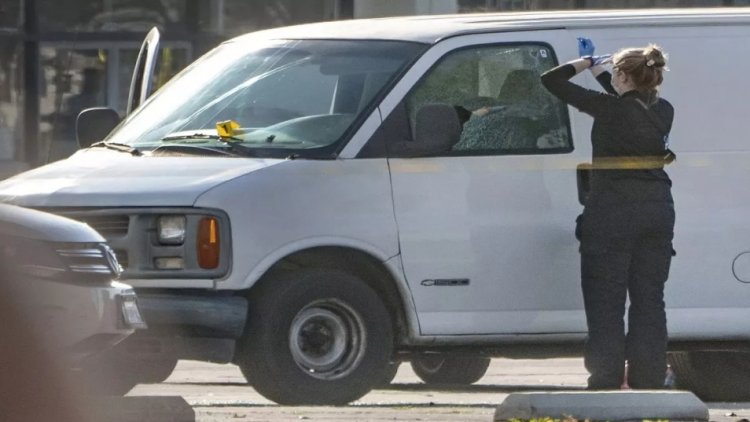 Let us tell you that the firing incident was carried out in the Ballroom Dance Club of Los Angeles, USA. So far 10 people have died in this shootout. Since then the police was searching for the accused of the incident. According to the information, the police had cordoned off the suspect. After which he shot himself in the van to escape from the police.

Los Angeles County Sheriff Robert Luna identified the dead man as 72-year-old Hu Can Tran and said no other suspects were at large. He said the motive for the attack, which killed 10 people and injured many more, was unclear.

Police also recovered an assault pistol from the van

Police also found a magazine-loaded semi-automatic assault pistol in the van, which police suspect was used in the Los Angeles shootings. However, no confirmation has been made by the police regarding this.

At the same time, President Biden also expressed grief over the incident. He said he and First Lady Jill Biden are thinking of those killed and injured in the shooting. The President has directed federal authorities to support the investigation.

Questions raised on the incident

At the same time, on the Los Angeles incident, Congresswoman Judy Chu said, "I still have many questions in my mind, what was the motive of this shooter?" Did he have a mental illness? Was he a domestic violence abuser? How did he get these guns and whether it was through legal means or not.

What is the matter

At least 10 people were killed and 10 others were injured in a shooting that took place on Saturday night in Monterey Park city, east of Los Angeles, California province. This incident happened at around 10.20 pm. Monterey Park, a city of 60,000 residents, has a large Asian population.

An eyewitness reported that three men came running into her restaurant and asked her to close the door. He told that there is a person with a machine gun in the area who is firing.

Canada imposed a ban on the sale of 'handguns', decisio...

US President expressed concern about the increasing cas...

Recession Fear: The threat of a global recession casts ...