Oscar Awards 2023: 'Naatu Naatu' nominated for Oscar, 'All That Breathes' documentary also got a place in the nomination

The song 'Naatu Naatu' from director SS Rajamouli's film RRR has made it to the nominations in the Original Song category. 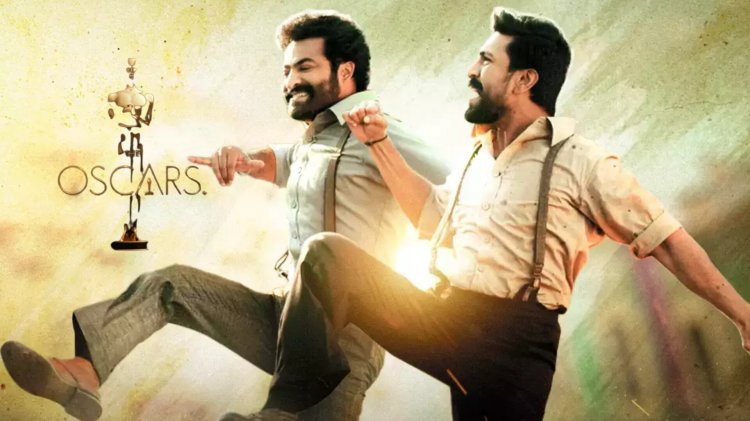 Oscar is the most prestigious award in the film world. Today is a big day for Hindi cinema fans. Because director SS Rajamouli's film RRR's song 'Naatu Naatu' has found a place in the final nomination of the 95th Oscar Awards 2023

Five songs have been nominated for the Original Song category, one of which is 'Naatu Naatu' from RRR. Music of this song is given by MM Keeravani and lyrics are given by Chandrabose. Let us tell you that earlier in the Golden Globe Awards, this song had received the award in the category of Best Original Song.

RRR is directed by SS Rajamouli. In this, Ram Charan,  Junior NTR, Alia Bhatt, Ajay Devgan, Shriya Saran played an important role. The film had collected more than 1200 crores breaking many records of earning at the box office.

These two documentaries also got a place in the nomination

Apart from SS Rajamouli's RRR, Shonak Sen's documentary feature film 'All That Breathes' has also been nominated for the Oscar Awards 2023 this time. Apart from this, director Guneet Mongi's 'The Elephant Whisperers' has been nominated for a documentary short film. It is a matter of great pride for Indian cinema that three films from the country have come in the race to win the Oscars.

Let us tell you that four Indian films were shortlisted for the year 2023, which included SS Rajamouli's RRR, Paan Nalin's Chhelo Show, Shaunak Sen's All That Breathe and Kartikey Gonsalves' The Elephant Whispers. But in the official entry from India, the Gujarati film 'Chello Show' has been out of the race to win the Oscar.

Alia flaunts 'Baby on Board', the actress stuns at the ...

Priyanka Chopra does not vote in America, said- 'One da...

Esha Gupta Hot Pose Clinging To The Wall, Know How She ...