The High Court has issued a show cause notice to the Central Government on the oxygen crisis in Delhi. The court has asked the central government why contempt proceedings should not be initiated against him. 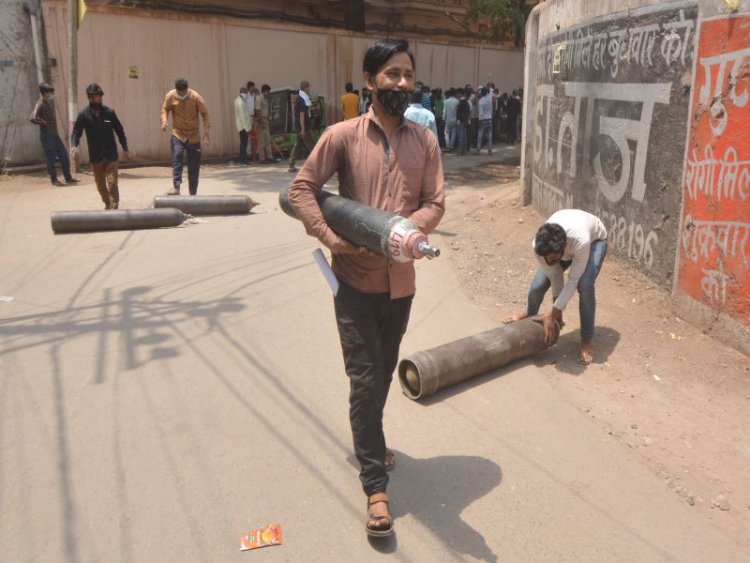 The Delhi High Court issued a show cause notice to the Center regarding the oxygen crisis in the capital. The court asked the Center why not initiate contempt action against it. In this case Piyush Goyal and Sumita Dabra, Joint Secretary (MHA) of the Department of Industries were summoned. The court said that oxygen has not been provided to Delhi yet.

The court said that it has failed to understand what a compliance affidavit will do when the required oxygen is not being found in Delhi. The court said that no allotted oxygen was given in Delhi for a single day. The Delhi High Court on Tuesday once again reprimanded the Center for the ongoing oxygen crisis in the capital and asked the IITs and IIMs to work in tandem with oxygen delivery from the center.

The court also tried to know what are the plans of the Center to deploy the army to deal with the Corona crisis across the country. After the Delhi government presented the figures before the Delhi High Court on Tuesday, it was said that there are enough oxygen and oxygen cylinders, which are not being distributed properly. On this, the High Court refused to agree with the Centre's stand.

20 people killed, more than 70 injured in metro hangs due to bridge collapse in...