It was claimed by Poco that the company will introduce at least 5 new smartphones by the first half of the year 2022 i.e. June-July 2022. In this episode, the company is launching a new Poco X4 Pro 5G smartphone. 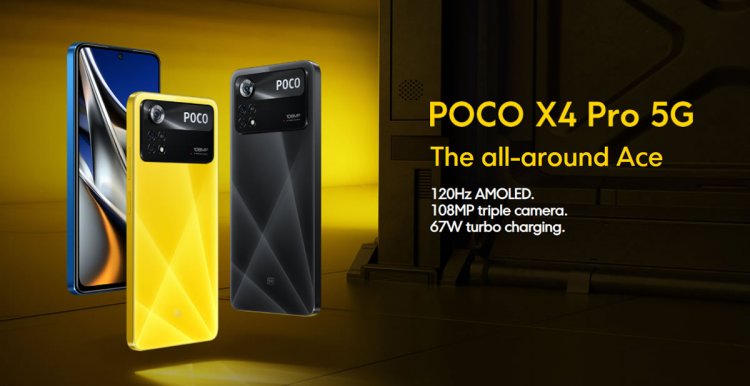 Poco X4 Pro 5G Launch: Poco's new smartphone Poco X4 Pro 5G will knock in India today. The launch of the phone will be at 12 noon. The launch event can be seen from the company's official YouTube channel. The company claims that this will be a flagship grade smartphone, which will have a strong display. In the same look and feel, Poco X4 Pro will prove to be much better than the rest of the 5G series phones. Stereo speaker support will be provided in the phone. So that you will be able to enjoy the music wonderfully. The phone has been listed on the e-commerce platform Flipkart before the launch. From which it is clear that the sale of the phone will also be done from Flipkart. Let us know what is there in the phone, which will make it better than the rest of the smartphone.

According to the leaked specifications on Flipkart, a strong display setup will be given in Poco X4 Pro 5G. The phone will get a 6.67-inch Super AMOLED display. The phone will support Full HD Display Plus. Its screen resolution will be 2400/1080 pixels. The contrast ratio of the same phone will be 4,500,000:1. The peak brightness level of the phone will be 1200nits. With this display setup, Poco X4 Pro 5G will get a smooth experience. For this, Fluid 120Hz refresh rate support has been given in the phone. While 360Hz touch sampling rate support will be provided for gaming. With this setup, it can prove to be a great display phone.

'Bad news' came about the prices of petrol and diesel, today the prices have increased...