Priyanka has once again made fans crazy with her bold style on her Instagram. Actually, the pics that Priyanka has shared are being told at the Billboard Music Awards. 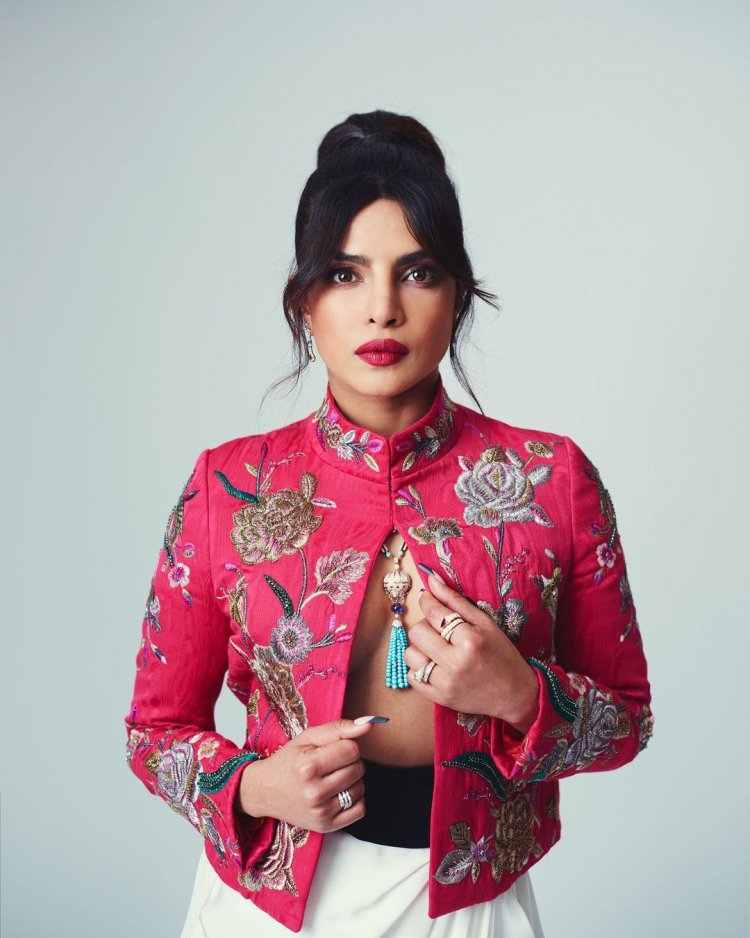 Who does not want Priyanka Chopra to leave her acting impression from Bollywood to Hollywood. Former Miss World Priyanka has raised everyone's senses with her acting. Priyanka has also accepted challenging roles many times in her career and has made her fans crazy by doing them. Priyanka keeps her fans crazy with her bold style on the day she arrives. Now a new style of desi girl is being seen once again.

Recently, Priyanka Chopra's husband Nick Jonas was recently hospitalized. Nick was hurt on the set after which he was taken to the hospital. Now the Desi girl has shared the first photo of her husband after her injuries.

Priyanka Chopra was seen in a very bold look

Priyanka has once again made fans crazy with her bold style on her Instagram. Actually, the pics that Priyanka has shared are being told at the Billboard Music Awards. This ceremony is to be held today, which Nick Jonas is going to host.

Priyanka has shared many photos of her bold style on Instagram. Where she is seen alone in two photos, then in one pick, she is seen with Pic Nick. In this photo, Nick is seen lost in Priyanka's eyes.

In the photos, Priyanka Jahan is seen wearing a bold look in skin color. The actress has opened her hair. During this time, amazing confidence is being seen on the face of the actress. While in a pick, she is seen with Nick, in which Nick is seen in green pants in coat pants. In this photo, he is seen with a lost eye in the wife's eyes. These photos are becoming viral on social media.

Even after being injured recently, Nick Zonal will now host the Billboard Music Awards 2021. This show is going to be held on May 24, IST. Let us tell you that BBMA 2021 will be the first award show, which will be broadcast live after the Kovid-19 vaccine was made available in the US. According to the news, Priyanka Chopra is being a part of BBMA 2021.

Love Affair: Was Sushmita Sen crazy about Pakistani cricketer? This caused a breakup...

Gautam Adani's wealth increased by 104% in Corona, in this case beats veterans like...

Akshay Kumar shares this special picture on the 20th wedding...

Actress Shanaya Katwe accused of murder, brother was made...